Celebrating 250 years of the circus 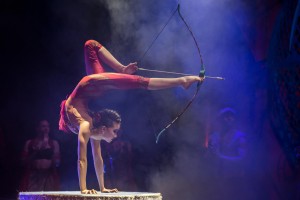 To mark the 250th Anniversary of the creation of circus, here at Perform we’re celebrating with two fabulous circus-themed drama and dance courses.

Across July and August we are running The Greatest Show on Earth holiday course for 7–12s, based on the story of PT Barnum. Then in September, we have The Circus Adventure for our 4–7s weekly classes.

Few people know that the art of the circus was born here in London in 1768 when showman and entrepreneur, Philip Astley, first marked out a circular arena on an abandoned patch of land in Waterloo and filled it with astonishing equestrian acrobatics.

As part of our celebrations, we’re excited to see that Cirque Berserk!, a modern-day bold and spectacular circus is touring the UK, brought to us by Zippos Circus. Combining beautiful contemporary circus artistry with hair-raising, death-defying stunts, all designed especially for staging in a proscenium arch theatre, the show will enthral thrill-seeking audiences (aged 5+).

Featuring over 30 jugglers, acrobats, aerialists, dancers, drummers and daredevil stuntmen from all corners of the globe, Cirque Berserk! features the legendary award winning Moustache Brothers from Brazil, whose hilarious and fast-paced acrobatic clowning will take your breath away!

The production is coming to venues near you: