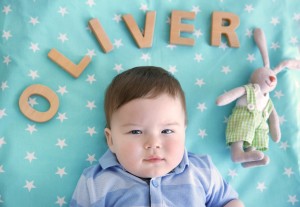 With this term’s Perform X classes rehearsing Twisted, a street dance version of Charles Dickens’ classic Oliver Twist, we’re excited to see that Oliver and Olivia have recently been announced as the most popular baby names in England and Wales (and, in case you’re interested, also in Australia and New Zealand!).

Oliver (meaning Olive Tree), was a common medieval name which became rare after the 17th century due to unpopular ruler Oliver Cromwell. The name was revived in the 19th century, probably because of Oliver Twist. Olivia (meaning Olive), was first used with this spelling in 1602 by William Shakespeare in Twelfth Night, thought to be taken from Oliver or Oliva.

These 400-year-old names form part of a wider trend for traditional names coming back into fashion, with the likes of Alice and Arthur also making a comeback. However, the trend for unusual names also continues, with more baby Aryas (Game of Thrones) born in 2016 than Catherines or Marys, and more newborn Jaxons and Rileys than Michaels and Davids.

Celebrity baby names also have an influence on popularity rankings. The choice of Cheryl Cole, Kate Winslet and Jamie Oliver – Bear – may mean we see lots of little Bears quite soon (although Bear Grylls may take credit!).