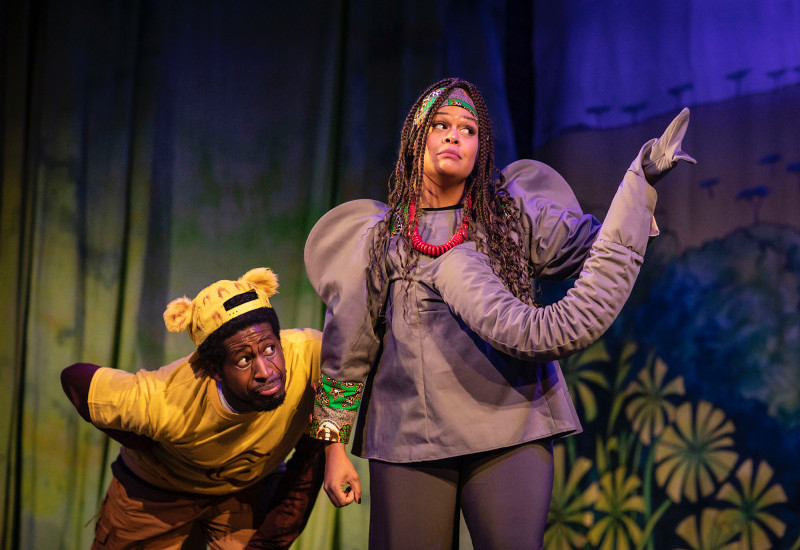 We've had our first rumble in the West End jungle and it proved a hit!

Our Jungle Rumble performances were nearly all sold out across the half term week and its popularity proved how well a school holiday theatre trip can work for parents of young children.

It was great to hear children singing along to the songs they've been learning in class, booing Lord Braggard and laughing at Cheetah's jokes!

And we had some great reviews too including from The Family Stage and West End Wilma.

Look out for future instalments of Perform in the West End - this was a first venture into the world of theatre and potentially a new chapter of Perform doing regular live performances of our themes. Introducing children to live theatre has always been a goal of Perform alongside our core objectives to build confidence and, given the success of Jungle Rumble, we may well return to the West End by popular demand!

"We really enjoyed Jungle Rumble and are so pleased to see Perform finding new ways to inspire young people."  The Family Stage

"Tiasha was so happy and mesmerised in the act put up in front of her that she was jumping and singing with joy."  Priya - Perform parent

"The cast are fantastic and keep the audience entertained and focused for the whole show - both adults and children were transfixed."  West End Wilma

Here are a few photos from the show: