Give your children the best education 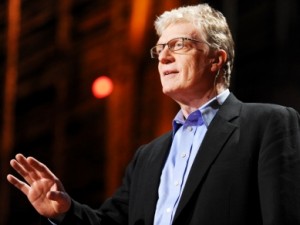 Do you have a view about education? Most of us do. What is education for? How does it help our children? There are many politicians with extremely strong views about education. Are they right? Do they know how to bring out the best in our children? It’s a subject that most parents will spend a lot of time thinking about and discussing.

My cousin sent me this video a few weeks ago - it is a very entertaining, funny and insightful speech by Sir Ken Robinson and I couldn’t stop thinking about it.

It is Sir Ken's belief that children are born creative and the system, which is supposedly designed to help, educates them out of creativity. He believes we should change the way we teach and allow our children more freedom to express themselves. To bring this to life he tells the tale of Gillian Lynne, someone who I adore.

Gillian Lynne's gift for dancing was discovered by a doctor. She had been underperforming at school so her mother took her to the doctor and explained about her fidgeting and lack of focus. After listening, the doctor told Lynne that he needed to talk to her mother privately for a moment. He turned on the radio and walked out. He then encouraged her mother to look at Lynne, who was dancing to the radio. The doctor suggested there was no problem and, simply, that her daughter was a dancer. He encouraged Lynne's mother to take her to dance school and, as they say, the rest is history. Gillian Lynne choreographed shows such as Cats and Phantom of the Opera to name but a few.

But it makes you think, doesn’t it? What would have happened if she didn’t discovered dance? And how many more children out there, who don’t respond well to the way schools teach, get left behind?

I wasn’t academic at school. Luckily my parents gave me the opportunity to do drama and dance as extra-curricular activities. Not only did it become a passion but it helped me grow in confidence in my other subjects. If I hadn’t had the performing arts, I would have been in a difficult situation as they helped me with everything.

So if you have time then Sir Ken will inspire you, I’m sure. I would love to hear your thoughts.