Why drama should be available to all children 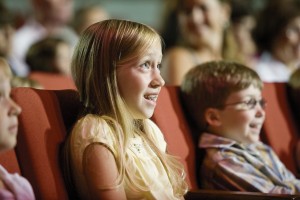 I read an article in the Evening Standard recently where writer David Wood, who recently adapted Judith Kerr’s ‘The Tiger Who Came To Tea for the stage, talked about the importance of drama for children. He said that children who take part in workshops are ‘very unlikely to be going out with knives’ because they would learn teamwork and tolerance. Click here to read it.

I have to say how refreshing it was to read this article as it’s clear that drama certainly isn’t considered important in the current regime at the DoE. In fact, did you know that children’s arts receive only 1% of funding from the government even though 15% of the population are under 13?

At Perform, we see first-hand how much drama, performing and simply just getting up in front of a group of people benefits the children. In a nutshell, drama workshops are amazing for children’s social skills. That’s why I started Perform 15 years ago. However, right from the start, I believed that it shouldn’t just be the kids who can afford to go to after school clubs or have parents that take them to the theatre that get the opportunity. So, for the past 5 years, we’ve been running a very exciting Bursary Fund which enables about 300 children a year to come to Perform for free.  I’m very proud of this and the amazing feedback about how the workshops have transformed children’s lives.

We also have a long-term project called Drama4all in which we send practitioners to up to 20 primary schools a day with free drama taster sessions for Foundation and Key Stage 1 age children. This reaches almost 250,000 children a year, many of whom may never have experienced a drama workshop before. Sometimes, teachers say that they cannot believe how some children engaged with the drama session in a way they’d never engaged with anything else.

We run these projects because we believe that drama should be for everyone and taken as seriously as part of the curriculum. I’m not talking about teaching children to act. I’m talking about teaching them to talk beautifully, work as a group and lead that group and be confident to put their hand up in class. Ask any parent who has sent their child to a drama class and they will tell you how much their child benefited from going.

I will finish with a quote from David Wood himself talking about children’s drama that I found both inspiring and relevant.

It triggers the imagination, it’s an experience unlike television, it’s a communal experience, it’s fun, it can be educational with a small ‘e’ and it can be with a capital ‘E’, of course. But I think it’s just the fact that theatre can, throughout our lives, just give us that bit extra, that bit of magic; for grown ups as well as children.