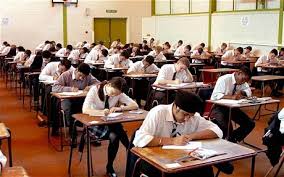 I am normally quite a talkative person but even I was rendered speechless when I read this article about some of the many ?Curriculum Cleansing' changes that Michael Gove is planning.

For example, currently all GCSE students have to study English by either taking English Language GCSE and an English literature course, or a single English GCSE which combines both language and literature. Both options introduce children to English literature.

But Michael Gove plans to change the core English exam so it will focus solely on English language skills. It will basically be a literacy qualification and it's unlikely that a novel or a Shakespearean play would ever be studied in its entirety, meaning that the children who study for it will never be properly exposed to the rich and varied literature we have on offer.

That's fine if you are academically gifted, go to a top school or if your parents can afford to take you to the theatre and introduce you to books and plays themselves. But what if you don't have that sort of background?

Another result of this new single-minded focus on 'the essentials' is that drama, dance and art will also slip away. Now, as someone who studied drama at GCSE, A level and degree level, I am used to being teased for pursuing a ?soft' option. But the truth is that I have never been particularly academic. In fact, at primary school, I was under average in my performance and, as anyone who has ever felt rubbish because they were not good at school will know, the feeling of inadequacy affects every part of your life. It's miserable.

However, when I went to secondary school, I blossomed because I could choose subjects such as drama, English literature and modern languages - all of which I adored and ended up doing for A Level. If these subjects had not been on offer because they had been ?cleansed' from the curriculum, I certainly would not have gone to university and would probably not be running a business today.

The Gove plans are antiquated and seem to be a nostalgic harking back to the sort of education my father had in the Grammar School system. That sort of reductive curriculum would have suited my brother, an academic, and my husband, a barrister, but it would have left me by the wayside and that makes me angry.

So that's the rant over. What you think of these changes?

From Chris 25th May 2014
These changes have been forced on Gove by the inadequacy of the current teaching environment. Children no longer actually know English, they know txtspeak with a huge focus on writing the word phonetically. This is not acceptable.

Doing soft subjects is all well and good while you are a child; but the lack of suitable paying jobs and skill shortage in STEM positions would suggest that this will have implications in later life.

Make children learn the essentials from a young age â€“ Math, all of the Sciences and the English language. Then once they have learnt this to a suitable standard they can go to the soft subjects as optional extras. Unfortunately this is not happening, the essentials are not being learnt and Goveâ€™s hand is now forced.
020 7255 9120