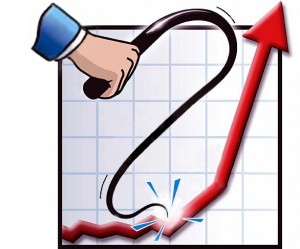 There was a really great piece by journalist Tanith Carey in the Sunday Times in December which I've been meaning to blog about for ages and I urge you to read.

It's all about her daughter Lily's meltdown at the age of 11 owing to being continually ?pushed' too hard academically from the age of 3. Because of this, Lily was conditioned to believe that her value as a person was down to her success in school. Feeling continually criticised and judged, her self-esteem and confidence were hugely affected leading to Tanith changing direction in order to not jeopardise her daughter's happiness and relationship with her.

You can read the full article here.

Every parent wants the best for their children and we all have high expectations for their education - after all, isn't that what ?good parenting? is all about?

On the other hand, has the epidemic of pushy parenting started to mean that we don't see the wood for the trees any more? And, in the long run, are we in danger of actually damaging our children and actively hindering our children from being successful and happy?

Mike Grenier, a house master at Eton School and one of the leading lights in the new ?Slow Education? movement, says ?pushy parents risk damaging rather than enhancing their children's prospects?. He feels that ?micro-managing your child's education can have a corrosive effect.?

I have some personal experience here. My son went to an excellent nursery, but there was a lot of focus between parents about how their children compared to each other academically and I'm talking about 3 year olds here! Some of the children were tutored (yes, at 3!) and, while the school said they discouraged this, the competition between the parents was something that I witnessed first-hand and it is easy to get caught up in it.

Tanith's article goes on to discuss how she eventually gave her daughter the choice to explore her interests which were art and music. But, instead of making their spare time about visits to galleries and concerts where she could be ?educated? at the same time, she now just spends time with her daughter where they can simply just ?be together?.

So should we push our children? Should we let them develop at their own speed? What's the right thing to do here? I guess a healthy balance is the answer, as it is with everything. And perhaps, most importantly, it depends on the child. Some thrive on a busy structured course of activities and others prefer to develop at their own pace.

It's a huge topic for discussion and I'd love to hear your thoughts. Personally, I'm a huge huge believer in giving children the confidence to believe that they are capable of achieving anything they want - however that confidence is achieved. And that's the core of the work we do at Perform.