Early childhood stimulation - why three is the magic number 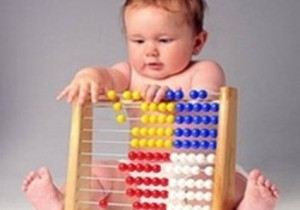 A friend forwarded me a really interesting article by journalist Simon Kuper in the FT magazine recently.

It tells the story of how, in Jamaica in the 1980s, a group of community health workers began to make weekly visits to babies whose growth had been stunted by infection and poor nutrition. These nurses gave the children extra milk but also toys made of junk and, with these toys, they coached the mothers how to play and interact with their children.

Kuper talks about the science of child play. A child starts off banging their bricks together, then progresses to separating and stacking them. Finally, they begin to have conversations about them.

These children were followed into adulthood and, remarkably, they turned out to have higher IQs and become much more successful than their unstimulated peers.

We all know that exposing your foetus to Mozart and showing newborns pattern books is classic aspirational middle-class nonsense and, as such, frequently ridiculed. But there's no doubt that early stimulation is extremely important for your child's future. Studies have shown that most of your child's brain is shaped before their third birthday so spending time (and money) at an early age could make a big difference to their performance at school and socially.

We don't all have the knowledge, time or resources to do this of course, hence early developmental differences. According to a study carried out at Harvard, a three year old child living with college-educated parents knows 1200 words. However, the same age child whose parents are on benefits knows about 400. And, sadly, this gap only tends to get widen as they grow up.

One of the first services to be cut and radically scaled back by the coalition was Sure Start. I remember feeling angry about it a few years ago but now, having read this article, it makes it even more depressing and worrying that something set up to "give children the best possible start in life" is being largely abandoned. After the extraordinary results in Jamaica, who knows what wider economic benefits we are also abandoning.

Do read the article if you have time. I would love to hear your thoughts.