Why we don't have a theatrical agency at Perform 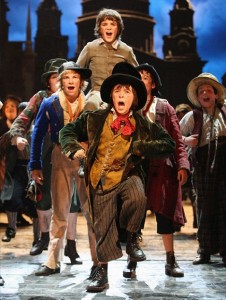 Here at Perform, we often get contacted by casting directors asking if we can provide them children for auditions. They are generally surprised when we tell them that we that this is not something we do and we don't have a theatrical agency attached to our organisation.

Before I founded Perform, I was an actress and my first job was in the Cameron Mackintosh/ Sam Mendes production of Oliver at the London Palladium. Children are obviously at the centre of this show and, because I loved children and always had a rapport with them, I was promoted to Head Girl giving me the responsibility of helping audition and rehearse them. With two teams rotating each week, this was a full-time day and evenings job!

The Oliver children were lovely and fabulously talented but I remember being initially shocked to hear eight or nine year olds say things like ?I won't do another show next year, I'm saving my licensed dates to do a film so I can earn more money?. For some of them, being involved in show business wasn't about fun, it was primarily financially motivated and, while many will applaud such a pragmatic attitude at a young age, I found it a bit sad.

Childhood is such a precious and fleeting thing - though you only realise this after the event (especially when you have had your own). For children to be focused on their 'careers' and financial aspirations when they should be free to grow up encumbered by such adult concerns seems to me to be the antithesis of what a happy childhood is all about. After all, no-one argues that child labour was a good thing (just ask Charles Dickens) but some of these children are literally spending hundreds of hours a year in adult environments, working and earning money with all the accompanying stress, worry and disappointment involved with any highly competitive industry . It's even worse when your parents regard you as their future meal ticket and I sometimes felt that some of the ambitious parents ferrying their offspring to and from the Palladium had so much expectation bound up in their talented little darlings that a horrible realisation was almost bound to occur at some stage.

Despite all this, it does sometime feel that we are ploughing a lonely furrow in our distaste for encouraging child stars. Have a look at the websites of other children's drama schools and you'll see that, while they do talk about the social development drama brings, nearly all boast of their Casting Agency and their pride at children being on shows such as Britain's Got Talent etc. That's fine for them and it may be what some parents want. I always wanted Perform to be purely about drama, dance and singing helping children to develop their social skills and nurture them. Not making a few extra pounds off the most 'castable' children.

Of course, this doesn't mean we are not ambitious for the children to sing, dance and act to the very best of their ability. All our teachers are professional actors working in the industry and we know all about making sure every child realises their often considerable potential. But, at such a young age, I think it is more important to have a class that's totally fun and focused on developing confidence giving children the power to explore every avenue when they are older. Whether they end up as a Hollywood film star, teacher, scientist or Olympian.

I'm really proud that the children's well-being rather than their talent is at the heart of what we are about. Yes, we can't boast about having children starring in Matilda or Les Miserables. We don't throw parties celebrating the latest casting of a young 'client' in Eastenders, it's true. Instead, I get a buzz from hearing about children such as the little girl who didn''t speak for two terms then went on to play the part of Dorothy in our Summer Holiday course. Now that's what I call success!

Let's give our children the confidence to believe they can do anything - then watch as they exceed our wildest hopes.

I'm really sorry that you are unhappy with the Superhero Challenges that are currently taking place in the classes.

Generally the feedback has been extremely positive about Superheroes next term but I totally agree that it is important to strike the right balance between letting the children know about what we are doing next term and being pushy. And I'm sorry if you feel that we came across as the latter.

We are really excited about next term and we do want to encourage as many children to come to the classes as we can because we believe that it is fantastic for their development.

Perform is a not-for-profit organisation and we also run a very generous bursary scheme.We want to spread the word and being non-profit we try to avoid expensive advertising.

The Superhero Missions are just a fun way to get the children engaged in the new theme so that they can come to classes with their imaginations fizzing.

I'm sorry if on this occasion that you felt it went too far. But I'm really happy that your son is having a great time.
From Prakash Bhatia 6th December 2012
I totally agree with you that primary and foremost aim of any drama activity for children is fun, confidence and believing in themselves.Majority of parents do not understand this even in my country India.Whenever our play is ready for performance many a parents will ask one question 'will this play be televised?' It takes lot of effort to make them understand the world of children.Parents in their adulthood have lost their childhood all over the world.
From Tracey Robertson 4th December 2012
Lucy - I absolutely agree with your ethical motivations regarding casting agencies - and applaud Perform for providing an alternative drama experience whereby every child is nurtured, given a chance to deliver lines and generally become absorbed in the benefits of imaginative exploration.
Thus, I am somewhat surprised by this terms marketing initiative, in which the Magicians Chamber children are being particularly targeted to re-register next term and actively requested to recruit new members with the Superhero challenges. Whilst encouraging enthusiasm and excitement for next terms theme is fabulous, I do wonder if these 'challenges' are putting too much 'nag' pressure on parents who might be financially stretched? It doesn't sit well and is somewhat off-putting. Whilst my son absolutely loves his classes with the fabulous Carla and Beccy in Windsor, and is planning a Perform Party for his 5th birthday and I imagine will want to continue next term, I feel for the first time, ethically disappointed by Perform. Personally, I feel these 'superhero challenges', seem an incongruous marketing technique given the companies perceived brand which privileges children - of all backgrounds.
020 7255 9120