Should we let our children learn from their own mistakes? 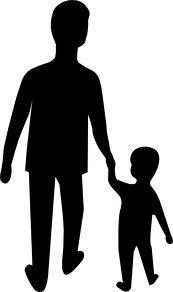 It is a fact universally acknowledged (thank you Jane Austen) that parenting is difficult. There's no real training course, no previous experience and yet the risks if you get it wrong are serious and far-reaching. In particular, as parents, we are challenged with different situations to deal with almost every day.

I encountered just such a situation last week at my local soft play centre. It made me think about how far we should go in letting our children learn by their own mistakes.

As with most soft play centres, there's a big slide (it always makes me think I'm in The Faraway Tree as I slide down it with my 2 year old) which is always a favourite with most of the children who attend. I'd noticed that there were two children a little bit older than mine hanging around the bottom of the slide and trying to walk up it. They had collided a few times with the kids sliding down resulting in one child running off in tears.

To cut a long story short, when we decided to slide down, I called down to the children and asked them to move out of the way as I didn't want them or us to get hurt. The children did this immediately and all was well until the mum decided to address me at the bottom. She was in no way aggressive or rude but simply said that she would prefer if I didn't tell her children what to do. I told her that I understood but that, as an adult, I couldn't sit back (or slide down) in this case and bump into her children and hurt them. I said that I felt responsible for their safety as I am an adult and her children were under the age of 6. She responded by saying that ?she preferred her children to make their own mistakes so that they learn from them?.

In some ways it's a very admirable statement to make and obviously she wasn't telling her 3 year old to cross a busy road without holding her hand. But my feelings are that there's a clear definition of role between parent and child and a child shouldn't necessarily need to hurt themselves in order to learn what's right or wrong. What's the matter with your mum telling you that something's dangerous and if you continue to do it, you'll hurt yourself and the other children? And dare I say it, is it not a bit irresponsible and lazy to allow your child to do whatever they want in a public place then justify it by saying that they will learn from their mistakes?

But then, maybe there's a happy medium: let your child learn by their own mistakes as long as it doesn't affect their safety and the safety of those around them. At Perform, we go on weekly improvisations where the children lead and make decisions about the dramatic situtuations we put them in. We might be climbing Mount Everest, jumping across crocodile heads or floating in Outer Space but it is the children who decide what happens along the way. Giving them the responsibility in a make-believe world is, in my opinion, very important and valuable for their development, but at the same time, it is safe and no harm can come to them.

I'd love to hear your views.

From crouchendmum1 1st February 2012
I totally agree, you can't just bash into her kids, this woman is completely nuts!

I have encountered a few off the wall mothers and it's that part of parenting which is probably the hardest. Having to be around people you wouldn't necessarily chose to. It's a minefield.
020 7255 9120