A Baby for all Seasons 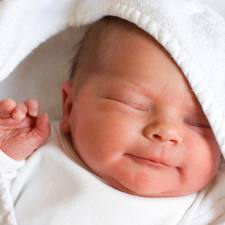 A good friend of mine was told last week that her five-year-old daughter would always be at a disadvantage educationally because she had been born in July. This advice was given to her by an experienced teacher at a well-known secondary school who said that this was such a well-known phenomenon as to almost go without saying.

I must admit that, as an August baby myself, I was slightly taken aback at the suggestion! It's also not something that I have ever worried about in all my years of working with young children. However, five minutes with Professor Google suggests that there is at least some science to support the theory.

In particular, my attention was drawn to a brand-new report from the Institute for Fiscal Studies which warns that summer babies are more than three times as likely to be considered ?academically below-average' by their teachers at age 7 than their autumn counterparts. Similarly, it has found some evidence to suggest that August children are up to 20% less likely to attend a top university. And this report is by no means a lone voice on the subject. At first sight, the findings of this report are pretty shocking (particularly if your child happens to have been born in the summer months). However, before you start desperately calling up home tutors, here are a few thoughts:

Secondly, the suggestion of a child's birth date as an infallible guide to their likely academic success looks pretty unconvincing when you examine the alternative proposition, namely that September babies are bound to be confident academic overachievers. I can think of many parents that simply wouldn't recognise this characterisation.

The IFS report will be more grist to the mill for the various interest groups who are already lobbying to change the school system to remove the disadvantages of children who are young for their year. But, in the meantime, as a parent of a summer baby, what can you do?

In my experience, if you think there's a risk that your child may find it difficult to keep pace with their classmates (particularly in the early years) or may struggle to assert their own personality in larger groups, you can devise specific strategies to help them. Try to arrange play dates with as many children of your own child's ?age' as possible, encourage them to get involved in extracurricular activities in which they can excel and provide as much positive reassurance and feedback as possible when they do succeed. I hope that it goes without saying that this is precisely the type of activity and environment that we aim to foster a Perform, where each child is treated as an individual and encouraged to develop their confidence and interpersonal skills in a positive group environment.

Finally, I've always believed that the most important thing is not to become too fixated on the potential factors that may affect your child's development. Certainly, it's essential to avoid letting your child know you have any such concerns, whether expressly or tacitly. If you do, there's a real risk that your worries may become a self-fulfilling prophecy. Ultimately, research like the IFS report is no different to that which suggests different academic performance between boys and girls at certain ages or in personality type between first children and siblings. In a loving supportive environment, these factors should be neither advantages nor disadvantages. They are simply one small part of our child's make-up.

So, what do you think? How important do you believe the month of your child's birth is? Is researching and raising the profile of this potential ?problem' a good or a bad thing? More pertinently, how have you summer babies out there fared? Is this a genuine problem or a good example of already overburdened parents finding something new to worry out?