Want to start your own business? 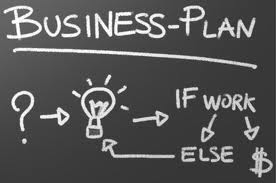 Having set up Perform almost 12 years ago now, I often get asked questions by other Mums who are looking to set up something of their own like ?How did you get the idea to set up the business?? and ?What was your business background??

This type of question always makes me blush a bit because, until I started Perform, I had absolutely no business experience whatsoever! I studied drama at university and was a theatre actress performing mainly in musicals in the West End and on tour. In between acting jobs, I would teach drama, dance and singing to young children.

Ridiculously, I didn't even have an email address when I started Perform never mind anything resembling a business plan. If I'd gone on Dragons' Den and had been asked questions about gross profit and turnover, I would have been one of those contestants who bow their heads and look embarrassed.

What I did have, however, was a belief that I could make a difference to children through the performing arts and a passion to do it. When I opened my first Perform class in 2000, I had spent years before that dreaming about having my own school. Working for other children's drama schools gave me the experience to know what worked and what didn't work. I was able to learn my craft when working for someone else and work out how I could make it better. I didn't want to replicate the competition. I wanted to make something brand new; something fresh and different to what I had experienced as a child and to what I had observed as a teacher.

I had no kids of my own then and I think that enabled me to think out of the box a bit. It let me try something a bit different and be bold. For example, we've always allowed Perform children to sign up at any point throughout the term rather than being restricted to term starts like other organisations. This allows children who are overwhelmed at the start of a new school year to join at half-term once they have settled into school. I also wanted to run things centrally with a dedicated team producing specially written songs and scripts used across all classes (rather than another re-hash of Oliver!) and evaluating all the teachers so that we could ensure a consistently high quality across every school - something which I know most franchise operations struggle with.

Finally and most importantly, I knew that what I wanted to do wasn't being done properly by anyone else. Every other children's drama school was paying lip-service to social skills and confidence then filling the classes with the rigorous drilling of vocal exercises, "tap and modern" etc. I wanted to put confidence, concentration, coordination and communication at the heart of every class so that the songs, games and exercises served the children rather than the other way around.

Running a business is very hard work but also extremely rewarding when it goes well. As a result, lots of people are looking for a business idea all the time and there's a huge selection of books, television programmes and internet sites dedicated to the subject. My own view is that you shouldn't ever start a business unless you are obsessed and passionate about your product - it's the thing that will keep you going when times are hard.

For example, when things aren't going as well as planned, I still know that every child can benefit hugely from Perform whether they are painfully shy or extremely confident and this spurs me on. Drama is amazing for children; it gives them essential skills that will help them throughout life and I am a direct beneficiary of that having been a very shy child myself. My passion for that transformative process is the thing that drives me on to expand and grow my business and means that my lack of experience in other departments doesn't matter so much.

If you want to start your own business, go for it! Don't be put off by not having a business background or experience - that can all be gained as you go along. But...only go for it if you love and adore what you will be doing and know that you are offering something better than anything else out there. Don't do it if you think it is good - it has to be amazing. And be prepared to work harder than you've ever worked before.

After all, if you're working at something you really believe in, it hardly ever feels like work!

From Lucy 4th August 2016
HI Donna, great to have your feedback. Huge luck with your project. I'm delighted to read that you enjoyed the blog.
From Donna 4th August 2016
Your story is inspiring. I come from a theatrical improvisational background. I create shows based on the individual child's abilities. It is a passion of mine. To find each individual voice through improv. I believe theatre should develop life skills like Cooperation , listening, trusting and taking risks as well as the written word itself. It's about exploration, creativity and finding ones voice. I am inspired by you and now plan to open my own theatre, writing original pieces based on my actors abilities and contributions. Thank you.