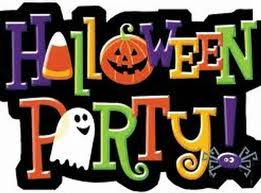 If you have a Halloween Party coming up then I've got some great interactive drama-based games for you to have fun with. Halloween has always been a highlight in my calendar and, at Perform, we are rushed off our feet in late October with our Magician's Chamber drama, dance and singing party.

The Magician's Chamber party features famous witch Lucia Magica training the children to become real witches and wizards by putting them through Wizard School. Their tasks include tongue-twisting spells, dancing The Broomstick Flick, flying off on a magical improvisation to save the world and lots more fun and lively games.

If you are planning a Halloween celebration, you'll find loads of great resources online to help you with recipes, decorations and making masks and costumes. But, if you want some really spooky fun and excitement, drama is the answer - nothing gets children as involved as believing they really are a witch's black cat or a whizz-kid magician caught in an adventure.

At Perform, we rarely use props. Children get so much visual stimulation from TV and computers and we've always found that it's far more powerful to get children to describe an invisible owl rather than see a toy version of one. However, we do believe in using music to help create the environment so music plays a huge part in all our games and exercises. After all, where would Jaws be without the soundtrack?

The first rule of creating a mood is using a great soundtrack and my favourite source is The Carnival of the Animals by the French Romantic composer Camille Saint-Saï¿½ns. The different pieces of music are all brilliantly atmospheric but, in my view, The Aquarium lends itself most perfectly to spooky improvisations and the following games you might like to try.

This is a classic Perform game - we don't just play it at Halloween either.

I'm a big tongue-twister fan. Not only do the children have a blast trying to do them, but it really helps develop diction and articulation too. Have a go at the following:

I could go on for pages with more activity ideas but I'm sure that these will keep your guests entertained for 20-30 minutes or so. Try them out and let me know how you get on.

Have a spooktacular party!

From stuart rodger 21st October 2015
the more drama the better fun and creative expression.magic cauldron pot and characters sure will be a great fun with group I will be trying out in local library.not a teacher just looking to make it an enjoyable half term for 4-10 yr olds.lots of fun for everyone.
From Nutcracker performances 11th November 2011
We did the same you have posted. Kids at my school enjoyed all the activities. they had a great Halloween party.