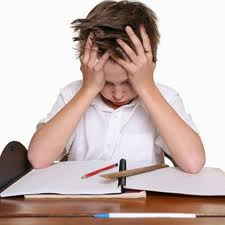 One of the team at Perform - let's call her Jane - is dyslexic. I've been aware of this for a long time but I didn't realise until yesterday that she wasn't diagnosed with dyslexia until she was 21 years old and at drama school. It was discovered when she handed in her first essay and her tutors were amazed that she had got as far as she had without specialised help.

It wasn't like Jane's parents didn't try. They were regular visitors at her school throughout her primary years to try and see why their clever little girl was struggling so much with reading (she didn't read until she was in Year 6). Unhelpfully, the school kept saying that she was just lazy - something they knew their daughter was not.

Jane now looks back on her childhood and realises how difficult it was for her and her family and how much extra work she had to do to compensate. She found reading so difficult that she had to become an expert at memorising and would learn whole chunks of text because she couldn't read out loud. If she didn't get the chance to memorise something, she'd make excuses in class to go to the loo or say she felt sick - anything not to read out loud. If she couldn't work out an excuse to not read, she'd try and work out which her bit would be and read it in her head continuously until it was her turn. What Jane needed and didn't get was specialised help - of which there is now a lot more available.

People with dyslexia can learn to read, write and study effectively when they use methods specifically designed for their learning style. That's why it is important to diagnose it as early as possible. Very simply, the earlier it is diagnosed, the better the outcome in terms of reading skills. More worryingly, failure to recognise dyslexia early enough can lead to children not realising their full academic potential.

So what are the symptoms of dyslexia and, as parents, what should we be looking out for?

Albert Einstein, Leonardo da Vinci, Richard Branson, Winston Churchill, George Washington and Hans Christian Anderson were all dyslexic. In fact, if you do an internet search for ?famous people with dyslexia' you will see a very long list of amazingly successful people.

These days,schools aim to diagnose children early on so that correct learning techniques can be applied immediately. Hopefully, this means that, in the vast majority of cases, they are saved from being humiliated, embarrassed and held back like Jane.

For more information about Dyslexia, its symptoms and treatment, visit Dyslexia Action, the biggest dyslexia charity in the UK. If you have any help or advice, please do leave comments below.