Should Leonora Rustamova have been fired? 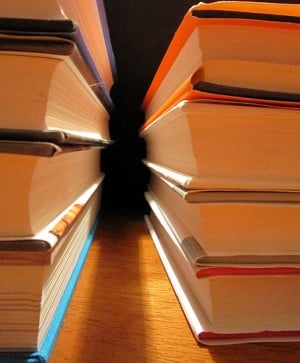 Yesterday on the Guardian website, my attention was grabbed by the headline - "I taught my pupils to enjoy books, and got fired."

It seems that teacher, Leonora Rustamova, in an effort to engage with five teenage 'rebels' (the Guardian's words, not mine) - wrote a book, chapter by chapter, week by week using their words and ideasin her own time; which had an incredibly positive effect:

"They were a really difficult-to-reach group: spirited, very intimidating to teach at first. We were all struggling to find a way of getting through to them and most of the time they were getting excluded. These were the kind of kids who really are cynical about education because they have never been engaged by it."

"[Writing the book] boosted their self-esteem; it engaged them. We were having conversations and discussions," said Rustamova. "For a group of boys like this, that was incredible."

Initially, it seemed that her Headteacher was very supportive of what she was doing. But something went wrong. Rustamova (with the Headteacher's permission) decided that a printed copy of her book would make a good leaving present for these five students. Rustamova's husband used an online publishing website to get the books printed. However, seemingly unbeknownst to either her or him, the book was available to download.

It was this that seemingly led to her being suspended and eventually fired. You can read the full story here.

Initially, I was pretty outraged on Rustamova's behalf. It seemed ridiculous to me. I just couldn't see what the problem was. However, I then read this earlier article.

It puts something of a different spin on the story. Whilst the latest article mentions the content of the novel, it certainly isn't the focus of the story:

Stop! Don't Read This! (the title of the novel) tackled some of the themes in the boys' lives ? drugs, truancy, crime ? and touched briefly on sexuality, describing an openly gay teenager as being as handsome as a Mr Gay UK finalist. It used the boys' real first names and their nickname "the commie boys". It named the school, although the rest of the content was fictional. The 96-page story ends with the boys all coming good and being praised by the police as "heroes".

However, in the previous article, the bias is very different. The novel is referred to as 'raunchy' and the way the facts are presented makes me feel a little differently about the whole thing.

As far as I can gather from the two articles, the main issue seems to be the publication of the book online because the characters in the book were easily identifiable as her own students. But neither this nor the content seemed to bother the Headteacher before it was published.

I'm still not sure quite how I feel about Rustamova. I think it's great that she's managed to reach these students - but I still can't figure out whether or not she's done anything wrong.

One of the reasons for this is the Guardian's handling of the issue. The real story is almost impossible to find in amongst the bias - which oddly swings one way in the first article and exactly the opposite way in the second. Perhaps the only way to decide would be to read the text itself while knowing the school and the students involved.

If indeed the main issue is the accidental online publication of the book, then I can't help but feel that it's unfair to Rustamova and a great loss to the community and the teaching profession. Or is there something else going on there? I'd love to hear your thoughts...

From Lucy Quick 1st April 2011
Hi Mummy Beadzoid - I don't think you sounded like a prude!

I'm with you (I think!) - however well intentioned, I think she was misguided and crossed a line.

Thanks for taking the time to comment x
From Mummy Beadzoid 30th March 2011
Think I sounded a bit prudish there, I'm not :) But I just mean that it sounds like she might have gone too far - and I forgot to say that you don't name the school or the pupils in a publication.

The more I think about it the more stupid her conduct seems on every level! Sadly, I think she had to go.
From Mummy Beadzoid 30th March 2011
Hmmm. Yes it seems that the actual facts are a bit hazy in both of the articles. I will say though that even though she seems like an inspirational and gifted teacher, as professionals we know what lines shouldn't be crossed. We know not to see kids outside of school guidelines, we know that even if we engage in banter of sorts, there is a line. Dscussion of sexual issues is only appropriate if related to the actual work the students are doing - not as a means of fantasy in engaging your pupils.

Whatever the rights or wrongs, I think she was certainly misguided and unprofessional. And it's a shame because she obviously reached them - but you can do so without resorting to talk of sex, drink and drugs. I've done so myself. As a teacher you have to maintain professionalism, for your own protection as well as the students.
From Lucy Quick 29th March 2011
Agreed - I also think it's strange that the headmaster seems to have escaped any recrimination - unless of course this is just another omission in the reporting.

Thanks for your comment x
From Mummy Zen 29th March 2011
I see what you mean about the bias in the articles and it being hard to fathom how 'wrong' her actions were. Like you, I think it seems a commendable way to reach out to challenging students but certainly if there was inappropriate content in the book and the fact that it was available to anyone to download, then it's a different matter. It seems like her whole world has come crashing down with the loss of her job, marriage and an uncertain future....
020 7255 9120