How to Cheat at Bedtime Stories 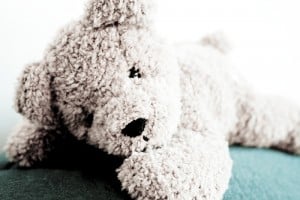 I spend a lot of my day making up games for children, playing games with children and undertaking other fun and creative tasks in my work with Perform.

The trouble is that sometimes, after a long day at work, it's hard to keep it up when entertaining my own children, Tom and Elizabeth (3 and 1).

But I'm sure I'm not the only parent who struggles sometimes - right?

Take bedtime stories, for example. Now, I'm a big believer in these - they are a key part of the bedtime routine for my two; and while they love books , when it comes to bedtime, what they really want is a made-up story.

I know, I know - I've made something of a rod for my own back with that one! But, if all creativity has been used up at work, I often feel short on inspiration... So, rather than disappoint, I cheat :)

The idea comes from a Perform game called Imagination Circle. It's a very simple game - the children sit in a circle and one by one add a line each to create a story. There aren't any rules - you just go with each contribution and build up the story. As you can imagine, the stories are often pretty bizarre, but it's fantastic fun and brilliant for building children's confidence (and of course encouraging them to be imaginative).

So one night, after a particularly exhausting day (it felt like my brain had turned to soup - just sloshing around uselessly in my skull) I figured I could use the Imagination Circle game to get Tom to make up his own bedtime story. It's a win-win, right? Tom still gets his made up story, but I've 'delegated' some of the creative work!

I then might say something like ?Snappy the shark was feeling very upset because...? and again Tom has to give the reason why. And so we'll continue until we make a story.

It's wonderful to do this with both of us lying on his bed in the dark - often he'll actually drop off to sleep mid-way through the story, which feels just magical. It's also a great game to play on car journeys / planes / trains etc - it's something the whole family can get involved with.

So - over to you? I'm sure there are many clever 'cheats' - which parents use - I'd just love it if you'd care to share some of your own via the comments... Not least of course as it would make me feel a little better about my own cheating!

From Mummy Beadzoid 30th March 2011
I'm still green but have come to pick up some useful cheating tips from everyone else :) Great idea for when Little 'un can say a few words.

This time next year I'll probably be a pro - or in an early grave (cheery thought!) x
From Lucy Quick 28th March 2011
@Jacq - that sounds great!

Lots of 'cheats' round here but here's one I use a lot....
'Oh no! The car box/bookshelf/recycling box/dolls' stuff is messy. I'm going to sort it out right now...'

This is irresistible to my two; I look around and lo and behold,there they are 'helping.' Always starts of lovely creative play that goes off in all sorts of directions, as you can imagine....

Adventures At Home
http://home-adventurer.blogspot.com/
From Jacq @ mymumdom.com 27th March 2011
We do a similar thing but often just tell the story of their day, getting them to do the voices of their own 'characters'. Sometimes we get them to play each other but that often ends in an argument!
020 7255 9120