Do you need to be a Parent to express a view on Parenting? 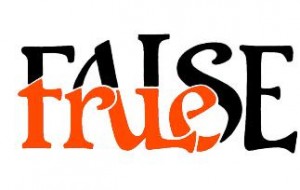 A couple of weeks ago I penned a post bemoaning what I saw as overly indulgent parenting - it was always going to be a little controversial - let's face it - posts expressing opinions on parenting inevitably are!

I think it's probably fair to say that the commenters on the post were evenly split - two nods of agreement, a not quite sure and this:

"I am sorry, Lucy, but until you have a kid yourself you shouldn't criticise the way other people choose to bring up their children..."

Just for the record I do have two children, so I'll take it to mean that Jane (the commenter) didn't agree with my views - which of course is absolutely fine - I welcome debate. However her comment really got me thinking.

Do you really need to be a parent in order for your views on parenting to be valid?

Like most parents from time to time, I do get irritated by people who aren't parents themselves expressing their views on how to bring up children. I might perhaps argue that they don't know how hard it can be but - and here's the important point - does it really render their views invalid? Or just harder to swallow?

With a calm and clear head, I'd say of course you don't need to be a parent in order to express a view on parenting - the fact that someone is not a parent shouldn't automatically invalidate their argument. But when confronted by someone who doesn't have children giving me advice about my kids, sometimes my hackles rise ...

You see it's really very easy to hit back with the 'until you've kids of your own, you just don't know' argument - isn't it? It's the ultimate put-down. But is it really fair? And, most importantly, is there any truth in it?

For example, much is made of the fact that "Supernanny" (Jo Frost) doesn't have children of her own. Now, I don't personally hold with all of her methods and techniques. However, would I hold with them more if she did have children?

No, of course not. I disagree because I disagree. She could have 25 children and I still wouldn't agree (probably especially if she had 25 children!). There are plenty of parenting 'experts' who have children that I disagree with too and plenty who don't whose opinions are very similar to my own.

I don't believe having children gives you a special knowledge about what's right and wrong in bringing up a child any more than, say, using electricity gives you an insight into how best to generate power in an environmentally friendly way. It might give you stronger opinions but not necessarily more valid ones. After all, once you get past all the generally accepted mantras, it just comes down to a matter of personal choice and conviction and that's got to be a good thing, right?

But, perhaps us parents should think twice before we trot out the 'wait until you've got children of your own' line; as there are possibly more constructive ways in which we can add to the debate.

I'd love to hear your thoughts on this too...

Yes that makes perfect sense - particularly:
"when you have children often your heart adds something to the equation that you weren't expecting" - so true!

Thank you for taking the time to comment :)
From Peggy 24th September 2010
I believe that you can have an opinion before becoming a parent, but you have to be ready to admit that maybe you were wrong when you become one. There are lots of things that your head tells you is right or wrong before you become a parent and when you have children often your heart adds a something to the equation that you weren't expecting.
So maybe it is ok to listen to the advice of well intentioned people who don't have children, but that doesn't mean it will always be right for you.
I hope I make sense :)
From Lucy Quick 20th September 2010
Hi Mummy Zen,

You make an excellent point about 'non-parents' having a detached perspective; which in itself can be useful - which is not something I'd considered; and a really valid point!

You make a really interesting distinction between non-parents and educators / healthcare professionals.

Whilst I can understand where you're coming from, the idea that someone needs to be either a parent or work with children in order to express a valid view on parenting still makes me feel a little uncomfortable.

I'm playing devil's advocate here, but is it inconceivable that someone who doesn't have children / who doesn't work with children could express an opinion on parenting which made sense?

Thank you for taking the time to comment and add to the debate :)
From Liz (LivingwithKids) 19th September 2010
Honestly? Yes I think you do. Until you've become a parent or experienced anything a parent has to go through, I don't think you (I mean one, not you) do have the right to comment and even then you should proceed with caution. You (I mean one) have the right to express an opinion of course but personally I don't believe the opinion of non-parents about parenting is valid. Which is why I'm not interested in anything Ann Widdecombe may have to say, for example. However... of course you can be an educator or healthcare professional and work with children, which qualifies you to comment on children's health and education, and to express an opinion about how parents raise their children.
From Lucy Quick 19th September 2010
Hi Louise,

Fantastic to hear from you & thank you so much for your lovely comment!

We are running Perform classes in central Brighton at Knoyle Hall -http://www.perform.org.uk/includes/school.php?g=2&v=1013

However we've no Mini P's running at the moment unfortunately - still we're growing all the time so I've jotted down your email address and will let you know as and when :)

Take care of you too!
Lucy
xxx
From Louise 17th September 2010
Hi Lucy, i visited yor site to find a local class for my Son. 4 years ago i was a teacher for perform in London i now live in Brighton, i really enjoyed my time working for perform and learnt so much! I met you before you had children and was trained by yourself and another teacher that had also not had children, both of you taught me how to connect with the children, you gave me the courage to teach a class of 15 5- 7 year olds and all of us were having fun! It was a tough journey and i had plenty of Support, i believe that some people just understand children, that's a gift and you don't need to be a parent to have this gift. Now i have 2 children under 3 and all the experience from working with perform has really helped me and therefore enriched the lives of my children, so i thank you. Also .... any chance of opening a class in central brighton i need a perform class for my son ?? Take care! Louise
020 7255 9120