What Do You Want to Be? 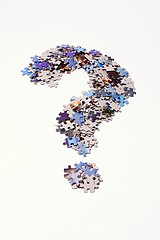 Today I was chatting with my son about the various jobs which grown ups do - so of course I just had to ask him what he wanted to be when he grew up. His first answer? SpongeBob SquarePants! I suggested maybe he meant he'd like to work in a restaurant like SpongeBob - but apparently not. He gave me his best 'Mummy don't be stupid stare' and informed me that he actually wanted to *be* SpongeBob. Silly me :)

Later on I was wondering; what do children want to be when they grow up?

I hit up Google and stumbled across this little gem. It's from the CBBC chat forum. Hot on the heels of a report which suggested that there's not much help offered in schools to assist children in deciding upon a career, they asked what kind of job would the children like to do when they're older.

Over 150 children commented on the thread. The comments are wonderfully entertaining to read.

I want to compete in the Olympics at every sport apart from swimming, my sister can do that."

They also made for pretty interesting reading. I decided to do a bit of quick and dirty analysis. Of course, this is by no means a representative sample so I'm not sure you could draw any real conclusions from it, but here goes!

Interesting, given how web savvy our children are, that only 1% mentioned a career online!

I was really pleased to see that, while a performing career appeals (it's always a popular choice), this was closely followed in terms of popularity by medicine, teaching, writing and journalism.

It was also pleasing to see that being 'famous' didn't feature particularly heavily - perhaps we're moving away from the celebrity obsessed culture? Or perhaps more accurately at least, these children are. I was also pleased to see that so few dreamed of being a model - not that I think that there's anything wrong with being a model per se - just that I worry that in addition to being fame-obsessed we're also somewhat obsessed with looks.

So, what do you think of the results? What do your children want to be when they grow up? Do you too have a budding SpongeBob on your hands?

Yes, I know what you mean re the Music/Dance/Drama equating to 'fame' - but very few actually mentioned 'being famous' as being a key ambition; which I was pleased to see. Fame for fame's sake worries me a bit!
From Mummy Zen 29th April 2010
Very interesting! I'm quite surprised Fireman only got 1%. Whilst they do seem to steer clear of being famous as you say, maybe Music/Dance/Drama means they want to be a popstar/actor and become famous? Maybe not though.