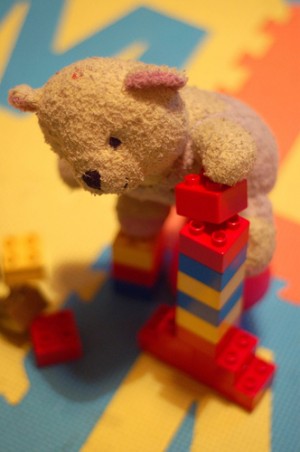 We all want our children to be confident, but some children struggle. At Perform I speak to many parents who are concerned about how little confidence their children have.

Some are sceptical that a children's drama class can actually help. After all, asking a child who lacks confidence to 'perform' might seem to be a bizarre concept.

However, we do things a little differently. We create a safe environment where children feel at ease. The vast majority of the activities which we engage the children in are games - it's about having fun, not about being a perfect performer.

When he joined us he was painfully shy and barely said a word to anyone. His parents were understandably concerned and really wanted him to gain confidence and come out of his shell.

It's difficult to describe quite how shy this young boy was - he actually looked pained if you tried to speak to him, let alone encouraged him to speak in front of the other children.

We elected not to push him too hard, and instead concentrated on providing an environment for him where he felt safe and happy. So, rather than pushing him to speak in front of the rest of the class during the group exercises we tried giving him a few extra responsibilities that didn't leave him feeling so exposed.

For example we would ask him to hide the treasure when we played the 'Find the Treasure' game; and we would also ask him to offer around the fruit bowl at break time.

Gradually as he began to feel more relaxed he started to come out of his shell. For example, when he was called upon to say something in one of our 'Listen, Speak & Sing' games rather than smiling shyly and shaking his head, he began to take part.

We felt like we'd had an amazing break through when one break time (in his second term) he told a joke. Encouraged by his classmates response (lots of giggling) he really began to make progress.

After that he really began to come out of himself - at the end of term presentation he delivered his line clearly and confidently and seemed to really enjoy himself. Amazing when you consider that he'd not wanted to take part in it at all initially!

The change certainly didn't happen over night, but he really is like a different child now. His parents say that he's now more confident at school too and is making friends more easily which is really fantastic news. He's even been singing all the new songs he's learnt to his grandparents - something he would never have done before. We're all really proud of the progress he's made.

It's this sort of experience that makes my work at Perform so rewarding but of course drama isn't the only activity that can have such a transformative effect. If anyone else has seen this sort of development in their own or another child as a result of an extra-curricular hobby or activity, I'd love to hear from you.