Helping Your Child Adjust to a New Baby 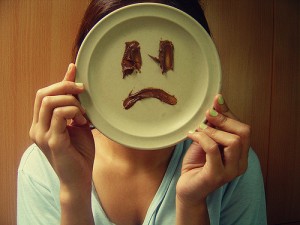 This week I thought I'd share a story about my own experiences as a Mum.

Our son was 23 months when I brought our daughter home for the first time. Now, there are lots of different opinions over what to do when introducing a new baby to your toddler for the first time. It can be a difficult time for the firstborn child. Of course they'll need lots of love and reassurance as you don't want them to feel like they're being replaced by a newer model!

As such, before our daughter was born we spent a lot of time with our son. We spoke about key milestones in her development and encouraged him to get involved in preparing for her arrival. He seemed to take everything in his stride and was genuinely excited about her being born.

I think it's fair to say that at this point we were feeling pretty confident of a smooth (well smooth-ish!) adjustment period when we brought our little bundle of joy home.

I'd been reading an article which suggested that you should buy something for your newborn to give as a gift to the firstborn. My husband and I both thought that this was a lovely idea. Our son is a big Winnie the Pooh fan, and his favourite character is Eeyore. As such, we thought that a lovely big Eeyore cuddly toy would be the ideal gift for our new baby daughter to give to our son.

Sadly, it didn't go quite as planned! He hated it; and I mean *really* hated it.

I think in retrospect we underestimated the amount of adjustment required!

The truth is that our son was really excited about having a new baby sister as an abstract idea - he just felt a little different about the reality. In fairness to him, the reality of a new baby is a big adjustment for an adult to make - let alone a toddler!

So, what did work?

Well I thought back to my experiences when teaching at Perform. Often children who are new to the classes initially feel a little uneasy and are unwilling to get involved. In the past I've found that giving children responsibilities makes them feel more grown up and in control. It also makes them feel like a valued member of a team.

I reasoned that perhaps our son was struggling a little in terms of making the adjustment to having a new baby in the house because he wasn't sure where he fitted in now. He wasn't the baby of the house anymore, but neither was he an adult.

I found that by giving him some responsibility in terms of helping me with the new baby, he began to feel useful and could see where he fitted in. He would help me in all sorts of little ways - fetching nappies and wipes, pulling faces to keep her amused etc.

So, apart from the fact that it is *very* useful having a nappy fetcher, I found that once our son saw how important he was in terms of helping with his baby sister's day to day care he quite quickly made the adjustment.

Now he loves being a big brother to his baby sister... Sadly, things didn't end quite so well for Eeyore who still sits alone and unloved to this day!