Productivity 101, or Trying to Work Smarter 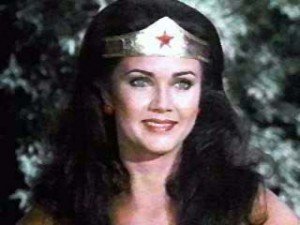 Since becoming a parent, I've been increasingly concerned about the amount of time I spend working. It's very difficult to shut off when you run your own business (or indeed to shut off from any job that you care about). The thing is - I also really care about being a good parent - and that's a really important job too, right?

As the amount of work isn't likely to decrease any time soon - not least because we've still got huge plans to grow Perform - I've become increasingly preoccupied with efficiency. How can I work smarter?

I'm sure many other parents are in a very similar position to me, as such I thought I'd share some the things that I do - (hopefully you'll find them useful) - plus of course I'm really keen to hear what you do too!

So, here's how I'm rolling 'productivity-wise' these days:

Yes, yes I know - how do I get anything done? Well, I still keep a 'to do' list - but now I do it online. I found I was wasting a huge amount of time virtually every day because I was feeding an endless, hastily scribbled list. At least a couple of times a week I'd sit down and try to re-write the list - popping some sort of priority against it.

But, it never really worked for me.

I didn't really trust the list in any case. Because I never reached the end of it, and the important stuff kept on getting missed. To try to combat this I created a dual system. I had a 'to do' list, plus an array of brightly coloured 'post it' notes for the really important stuff.

As a result the 'to do' list never got a look in, and I was in post it note hell.

Plus - as post it notes aren't particularly portable I was wasting a whole heap of head space trying to 'remember' what I needed to do / add to the list.

Now there are loads of online apps that let you do this much better. Personally I favour Remember the Milk - there are tons of features, you can manage your tasks from anywhere, share tasks, set reminders, etc. Now at least the list is all in one place - can be easily re-ordered / re-prioritised. Seriously, I wouldn't be without it.

Break Tasks Down into Sensible Chunks

Sounds obvious, huh? How often do any of us have a whole day to concentrate on just one thing? Now, rather than adding scarily big tasks to my online to do list, everything is broken down into tasks that will take about an hour or less.

This means that the 'big' tasks actually get done (albeit little by little) - but trust me, this is a massive improvement - previous the big tasks almost never got done - something else would always come up; plus it's human nature to want to get the little tasks off your list, right? It makes you feel like you've done more if you can strike ten things off of your list rather than just one.

I used to be seriously bad at this. I'll admit that I'm still not great, but in breaking massive tasks into bite-sized chunks, I'm often able to identify elements which other people can do. It's meant that whole tasks get done much more quickly and efficiently.

NB - this only works if you delegate tasks rather than 'dumping' them on people. When delegating anything make sure you take the time to properly explain exactly what it is you need, perhaps a suggestion of how the individual might go about it, and of course when you need it by. People can only do a great job for you if you define what it is you need them to do :)

Another obvious one, but nonetheless I often used to spend hours trying to figure out how best to approach a particular task. Two heads are better than one. Oh and ten heads are better than two. A very quick brainstorm with a bunch of people will almost certainly yield a solution quicker than you can by yourself.

All of this really relies on making sure that you're concentrating on getting the right stuff done. Each morning I pick out the tasks which I'm going to get done. Then I focus on them.

Now, clearly I'm not Wonder Woman (more's the pity) - I don't always get everything done; but since I've been working like this, I find I'm spending far less time fighting fires, and far more time getting things done. The net result of which is that I'm not working as late as I used to which means I get to spend more time with my family. And, ultimately, that's what really counts :)

So - what about you? How do you organise yourself to work smarter rather than harder? Do let me know via the comments...

I know what you mean about accepting that not everything's going to get done - you're right - I think sometimes I do beat myself up somewhat unnecessarily!
From Mummy Zen 27th October 2010
Great to read your tips of what works for you! I really do find a to-do list helpful but I have to keep it recent and updated so it doesn't languish over days.
Another thing I have learnt to do is accept that I'm just not going to get everything done in one day and not worry about it. As long as I get the most important things accomplished, there are always other things that can wait another day or two without the world falling apart ;-)
020 7255 9120