Top tips for taking children to the theatre 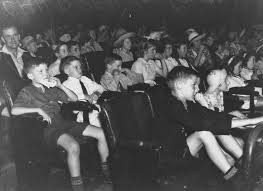 I have quite a lot of theatre trips planned for my kids this Christmas and with the panto season in full swing I thought I’d post the blog I wrote a few years ago about top tips for taking children to the theatre.

You might have seen the news this week about world famous violinist Kyung Wha Chung who had a mid-concert outburst  because a child was coughing during her concert at the Royal Festival Hall.

I doubt the actors would ever have that reaction in a pantomime, as they are primarily designed for all the family so you don't have to worry about children making noise, dropping sweet wrappers and getting up to go to the loo.

However, here are my top tips for taking children to the theatre generally. As part of my research, I asked my good friend and actor Tony Whittle who is playing one of the Ugly Sisters in “Cinderella” at De Montfort Hall in Leicester. Tony said that “Children should be able to express themselves however they want when watching a panto. Some of the best moments in a pantomime are the occasions when they are lost in the story and involuntarily shout out linking them with the performers on the stage”.

1. Find a suitable show to go to see. Don't be too ambitious and take your child to see something that isn't suitable for their age-range.

2. Before you go, explain theatre etiquette to them. Tell them it's not like a cinema because the actors are performing live and too much noise is off-putting for them and the rest of the audience.

3. Go online to learn a bit about the show you are seeing in advance. Show photos or illustrations to your kids. Explain the plot to them. Tell them who the major characters are and why they'll be doing what they do and if it is a musical play them some of the songs on youtube. Don't worry that it'll spoil the show, they'll be entranced by the live show.

4. Book an aisle seat whenever possible so that, if you do need to nip out to take them to the loo, it doesn't disrupt your neighbours.

5. Even so, take your child to the loo just before the show starts and in the interval so that you can avoid going during the performance.

6. Sweet wrappers are really noisy. My drama teacher at school used to ban us from taking sweets to the theatre but I think that's a bit harsh. Maybe take your own ?quiet and suitable food' which isn't noisy to unwrap and not too sugary (the sugar-rush is a big reason why kids get over-excited at theatres).

8. Theatres are fascinating places. Get into the auditorium early and walk around showing your children the sound desk, orchestra pit, the different levels (stalls, circle, gods). Explain to them the different elements that put together a live show.

9. Take them backstage afterwards. The actors have to come out and, if you can get an autograph from some of the cast, then it'll add to the excitement for your child.

10. My final tip: most musicals have a "Playout" which is played by the orchestra when the audience are leaving. To support the musicians and avoid the crowd all scrabbling to get out first, wait till the music is over and give the orchestra a little clap. And if you are in the stalls, walk down to look at them play.