Acting should be fun for children - not work 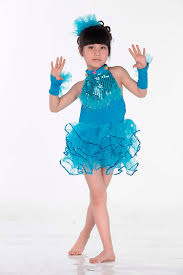 I found this blog post last night written by film director Ben Gregor (yes – I know it was written last year, but better late than never!). The full article is well worth reading, but let me share the first paragraph with you immediately: “So your kid likes acting and wants to be famous? You want them to be the next Harry Potter? Well, as a film director I have to say that the first thing you need to do is…..STOP”!

Ben goes on to say that children’s enthusiasm is a precious commodity and they should hang on to that and enjoy life for as long as possible, which is why he would never want his own children to have an agent or act professionally while they are young. Reading his article, I found myself agreeing with him wholeheartedly and it reminded me of why I set up Perform.

When I was 21, I got my first acting job in Cameron Mackintosh’s production of “Oliver” at The Palladium. Because I loved working with children, I also became involved in auditioning and rehearsing the kids in the show. And I was shocked to hear children aged 8 discuss their careers and how much money they were making. It seemed so strange and sad listening to these children talk like adults. Sure – they were enthusiastic on-stage, but maybe not for the right reasons?

At the same time I had adult cast members bemoan the fact that they’d gone straight into performing as a child and now weren’t qualified or experienced to do anything else. They felt that they’d been robbed of opportunities and their options had been closed off before they were even 16.

So that’s why I started Perform. Having been an actor and worked for other drama organisations I wanted to create a drama school that focused on the fun to be had when singing, dancing and acting and the skills that it gives us – regardless of what career we go on to have. And to this day, Perform is still unique in this.

Go to the website of any franchised drama school out there like Stagecoach, Razzamatazz, Pauline Quirke etc, and the front page will probably be celebrating a child landing a role in “Matilda” or “Les Mis” or a tv series or film. And that’s fine. That’s what they do. They congratulate the children who get the jobs, because it’s such a hard and very competitive world.  But what about the 100s of their students who don’t? Who get rejected and don’t feel good enough?

I remember my parents telling me I didn’t get the part of “Annie” when I was 10 in a local repertory  production – and I still remember how sad and rubbish I felt! Now I know that’s life and we all have to deal with that sort of thing, but at such an early and impressionable age? Isn’t it better for children to be children and enjoy singing, dancing and acting for its own sake? And if they’re still enjoying it and are good when they are older and a little more mature, then isn’t that the best time to encourage them to take it more seriously?

Being a  performer is a magical profession and I would hate the world to have been deprived of child stars such as the recently deceased Shirley Temple. But it’s tough and I do think that you need to be older to deal with it. And in the meantime, there’s always Perform!  What do you think?

From Trish 11th July 2014
I agree. Acting should be something the child should do willingly without being by forced by parents. Initially maybe the kids do join because they like but soon it gets to be chore when parents get into the act. My best friend went through hell as she juggled school, ballet classes, singing classes, acting school and then shooting. She hated it. When she came of age she gave up everything and settled for motherhood.
http://www.superiorsingingmethodreviews.com
From a1s 23rd April 2014
Acting for me as a child was like counselling it helped me a lot! it was a way for me to tap into my emotions and use my life experience as a good thing.
020 7255 9120