My child's not a Perform-type child 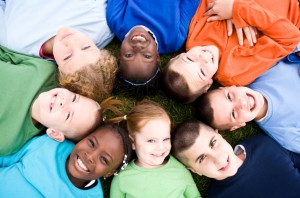 Two years ago, I offered my friend a free place at Perform for her son who had just turned 4 years old. She thanked me but declined saying ?He's not a performing sort of a boy but I'm sure his sister will enjoy it when she's old enough, she's really confident and we'd love to bring her?.

It was interesting because my friend obviously had the wrong idea about Perform. She thought that we were a stage school which usually have a huge number of girls compared to boys. They teach performing arts skills like dance step knowledge and singing ability. Who's going to audition for Matilda? Who can do a triple time step? Who wants to appear in the next Milky Bar TV ad?

But in fact, what drives these traditional "drama schools" is the complete opposite to what Perform's all about and I designed it like this for three reasons.

1. I'd gone to a very good but very competitive dance school in Wales when I was growing up. Although the atmosphere was great for some children (Catherine Zeta Jones was in the class above me), I think it actually took away my confidence as I always felt inadequate if I couldn't get the steps right. My view is that confidence and social skills are best nurtured in an non-competitive, safe environment.

2. I wanted to offer classes for all children - not just "stagey" types. And, in particular, I wanted to attract boys as much as girls. It's a great shame that boys often don't get exposure to drama and dance because parents think it's "girly". Uniquely, Perform classes have equal numbers of boy and girls and I've been focused on achieving this through the content of what we teach and through the style our teachers have.

3. There are dozens of franchised theatre schools out there which aim to be a sort of "mini RADA". They often have their own agency (that you have to pay to be in) and sometimes offer "the chance to appear in a production on the West End Stage". London didn't need any more and I wanted Perform to be different.

Above all, I wanted any and every child (regardless of whether they are labelled as "talented") to have the experience of using their voices, their bodies and their imaginations in new and exciting ways as they grew up. I wanted them to go on improvisations, sing their hearts out (in tune or not), project their voices to an audience and use drama to inhabit roles and to understand themselves and the world around them.

I think we're on the right track and, although there's always more work to be done, I'm thrilled with what my brilliant team of teachers achieve every week.

But back to my friend...a year after our conversation, she called me saying that her son had done one of our workshops at school, loved it and was desperate to join up. A year on, he's definitely very much a Perform child but then, in my view, he always was!

Jo Hawes here - could we have a chat on the phone do you think.