Tips to Deal with Bossy Children 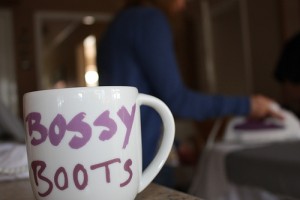 Many children reach a 'bossy' stage at one time or another, for most it's simply part of their development - as they develop a stronger sense of self, they want to take more control. This may manifest itself in a number of ways - perhaps in their interactions with their siblings or peers - or even in the way that they speak to adults.

Around the mid-point of each Perform class we have a little break and hand out water and fruit; and it's at this point that I quite like to sit back a little and observe how the children interact with each other. In one particular class, a little girl came up to me complaining about another child.

With one hand on her hip (a hilariously adult gesture) - she exclaimed: "I just don't know what to do with him; he never does as he's told!"

I had to fight the urge to giggle - it's the sort of thing parents say all the time...

This particular little girl is known to us for being a little bit bossy - in fairness to her she's really improved; when she first came to the class it was very much a case of her way or the highway - if she wasn't in control of something she really didn't want to know. However, over time she's certainly mellowed, and now takes part in the activities and enjoys being part of a group.

So how do we handle bossy children?

We practice something we call careful ignoring. If a child is acting up or doesn't want to take part in a particular activity, we try not to pay too much attention. While of course keeping an eye on the child in question, we simply return our attention back to the rest of the class and continue with the activity. More often than not, the child will quickly see that they're missing out on all the fun, and will want to return to the activity.

For obvious reasons we need our teachers to retain their authority in the class ? so we make sure that we don't respond to ?bossy' orders or requests. If a child wants something we would expect them to ask for it in an appropriate, polite manner.

Despite this strangely adult behaviour often being quite funny it's really important not to laugh ? as giving positive attention to that sort of behaviour is definitely a no-no. Save your giggles for later on when the child is out of ear-shot.

Allowing children to have some choices will help them feel in control and perhaps make them feel less of a need to stamp their authority on absolutely everything. Whilst our lesson plans are structured we can often offer children a choice of which game to play next. Of course the children take it in turns to decide ? it wouldn't be fair to always return to one particular child to make the choice!

So, what did I say to that little girl who just didn't know what to do with the errant child who just would not do what he was told?

I dodged it! I said something along the lines of ?Oh dear! Well we'd better get on, hadn't we?? And launched back into the session with gusto? Sometimes distraction is the way forward!

So, how about you? Do you have any tips to share? Do let me know via the comments :)

From jubilee 2nd December 2015
This is very helpful because my whole class is flled with bossy children and now I know how to deal with them so thanks for the tip!
020 7255 9120