The Confidence to be Different 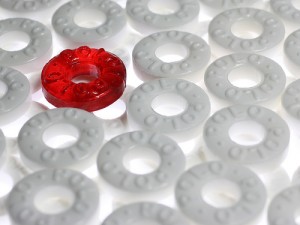 "Be who you are and say what you feel because those who mind don't matter, and those who matter don't mind."

I love that quote.

At Perform, I come into contact with children every day who worry that they're 'different'. All too often they want nothing more than to 'fit in'.

I think that as a species the desire to conform is all too high on the list of our priorities. We all want to fit in.

Being different is frowned upon all too often in my experience. Different = Bad.

But we're all different, right?

We're all unique - and shouldn't that be something that we're keener to celebrate?

But how do you deal with a child who wants nothing more than to fit in?

The sad truth is, that 'fitting in' is not something you can force. Whether you're a child or an adult. If a child tries too hard to fit in, the chances are they'll fail - even very young children are very perceptive and can sniff out this sort of thing. But let's imagine the quest is successful. It's still a pretty hollow victory. In the quest to fit in, how much of themselves have they lost? Who is it that's really gained acceptance? It's not them... it's the persona they created.

As such, I think perhaps the most important (and perhaps the hardest) job that a parent has is teaching their child to have the courage to be themselves, and indeed to have a strong sense of self.

Children who are self-confident have huge advantages: they are less likely to follow the crowd because they know their own minds and they aren't afraid to strike out on their own. Rather than desiring to be the same as everyone else (which let's face it, is never going to work out well for them in any case), they are comfortable with who they are.

And perhaps best of all, they recognise those who matter... and those who just don't.

I'll freely admit it's taken me an awful lot of years to figure that out - but (I'd like to hope) my children will be ahead of the curve on that one :)

From Lucy Quick 23rd August 2010
Thanks for your lovely feedback - unfortunately we've not got an plans to franchise the business at this point, but who knows what the future will bring!
From waye soetan 20th August 2010
Hi Lucy,

I love your site and what you do with the children. I bring my kids to perform classes while on holiday in the UK. I live in Nigeria and would really like you to show me how to start my own perform classes.
020 7255 9120