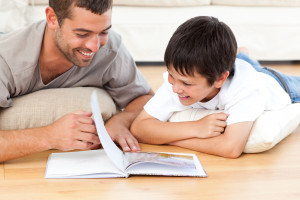 "Have you done your...?" I don't even need to utter the fifth word before the 8 year old has wailed at me. It could be "maths", it could be "reading", "guitar practice" or "eating a whole pack of chocolate biscuits". It doesn't matter. The very act of enquiring whether he has done anything other than stare at a screen induces a meltdown.

Home-schooling, it is fair to say, has not been a success in our house. Has it anywhere? It's not just the endless sheets of paper that I'm required to print out, nor the fruitless attempts to understand fronted adverbials, ot it adverbial frontals? Who knows? It is the fact that the only time the 8 year old is prepared (and very reluctantly so) to partake in home-schooling is when I - or his mother - sit down and ferociously engage with him and the task in hand. This is just not possible to do while juggling a full-time job, worrying about the collapse of civilisation and making sourdough.

But amid the chaos and worry of recent months, we have had some fun as a family. We've definitely eaten together far more - sat down all six of us. Spent time laying tables, even lighting candles, and enjoying each other's company over a bowl of pasta or a plate of roast chicked. Well, at least it makes a change from the endless screaming that has punctuated most of lockdown: "Who stole my charger!" or "Please can you stop hitting your brother!" and "Have you actually put on any clean clothes in the last week?"

Homeschooling, it's fair to say, has not been a success in our house. Has it anywhere?

If only they could relish doing the washing up as much as the eating. We have failed to crack that particular nut.

The one activity, however, above all that we have enjoyed doing during the long, lugubrious spring and summer of 2020 is quizzing. From the 17 year old to the 8 year old, we've somehow ended up becoming compulsive quizzers.

Before the crisis, I'd occasionally get roped into a work quiz and my wife and I would enjoy the annual parents teacher association quiz. I'm pretty good on the currencies of the world, Eurovision and 1990s operas. And she claims she's brilliant at history. Until the history round, when she always goes "Yes, but that's not my period."

From the 17 year old to the 8 year old, we've somehow ended up becoming compulsive quizzers.

"But I thought you did the Tudors for your MA dissertation." I'll hiss in exasperation.

"The early Tudors. Not the late Tudors."

But we weren't weekly or even monthly quizzers. And certainly not regulars on the pub quiz circuit. But maybe there's something about the terrible uncertainty of the present time that means we've enjoyed finding refuge in indisputable facts. Fun facts about animal kingdom's largest brain (the sperm whale), the only flag in the world with an AK47 on it (Mozambique) and Scooby Doo's full name (Scoobert Doo - no, I didn't know that either).

It started with the youngest, in fact. Radio 4 commissioned Greg Jenner, from Horrible Histories, to present a 15 minute programme called Homeschool History. It's still on BBC Sounds and it's really excellent. Cleopatra, the Battle of Hastings, the Space Race - tons of often quite complex history is covered in a really lively, quirky way. The 8 year old would actually look forward to it and pull up a chair close to the radio awaiting the 15 minute hit of history. Mondays, when the programme was on, was at least a guarantee that he'd learn something.

It's kept the children amused, frustrated and at the table.

For him, however, the best bit was the quiz at the end when Greg would ask five questions to check you were listening.

In our household, these five questions morphed into five more over supper or lunch. And the 15 year old would often search for a quiz on his phone or we'd grab the daily quiz in the newspaper and all of us would chip in. We Zoomed a weekly quiz with cousins and worried about the collective noun for camels (a caravan) and what Winston Churchill won his nobel prize for (literature, not peace). But in lockdown there has hardly been a day when we haven't quizzed. It's kept the children amused, frustrated and at the table.

Like the sourdough and family meals, I hope it's a habit that will continue. I asked the 8 year old why he liked quizzes so much. He answered: "I just like getting the answers right."

Maybe homeschooling hasn't been such a disaster after all.