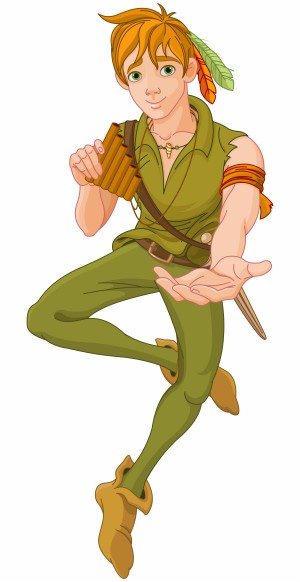 In celebration of our wonderful Peter Pan inspired holiday course, Neverland, here are just a few things you may not know about J M Barrie’s magical masterpiece...

1. Fairy Dust was added to the story to reduce childhood injuries

Originally, Peter and the Lost Boys could fly unaided but the art of flying captured imaginations so much that there were several reports of children injuring themselves while attempting to fly from their beds. After this, Barrie cleverly added Fairy Dust as a key ingredient for being able to fly.

2. Tragically, the real Peter  Pan never did grow up

It’s believed that the concept of Peter Pan was based on Barrie’s older brother, David, who died in an ice-skating accident the day before his fourteenth birthday. In the minds of Barrie and his mother, David was in fact, a boy “who would never grow up.”

3. Wendy started out as a boy’s name

Rumour has it that Wendy was a boy’s name before Barrie popularised it. It is thought that the inspiration for the name came from a small girl who referred to him as her ‘friendy’, ‘fwendy’ or ‘fwendy wendy’. After the story rose in popularity, use of the name soared. Today, however, it now exists on the list of names at risk of extinction.

4. It is thanks to Peter Pan that we have Wendy Houses

There may not have been any little girls called Wendy before Peter Pan but nor were there any Wendy Houses either. The original Wendy House was built for Wendy in the Peter Pan play. After Wendy was shot after arriving in Neverland, Peter Pan and the Lost Boys built a small house around where she had fallen and named it the Wendy House.

5. The phrase ‘in the doghouse’ originates from Peter Pan

In Chapter 16, Mr Darling consigns himself to the dog’s kennel as an act of remorse for inadvertently causing his children to be kidnapped. This appears to be an obvious source for the phrase ‘in the doghouse’ and several etymologists have confidently stated it to be just that.