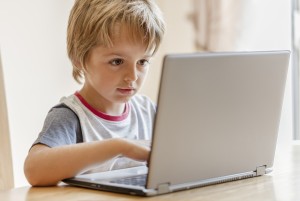 A decade ago, pre-schoolers watched Balamory or Pingu. Now it’s toy unboxing videos on YouTube. Harry Wallop opens up this phenomenon and looks inside.

I have four children. The oldest was born in 2002, and the youngest in 2011. Less than a decade separates the siblings but in that time a revolution has taken place. No, not the rise of Islamic terrorism, drones or driverless cars. It’s YouTube unboxing videos.

The eldest child, now 13, spent his toddler years watching Balamoryon VHS cassettes, Pingu and 64 Zoo Lane. All charming, well-crafted stories aimed at engaging a pre-schooler (putting aside Archie the inventor’s terrible singing). He didn’t watch anything online because he would have had to wait half an hour for any video to buffer. In any case, YouTube didn’t start operations until 2005.

They were all charming well-crafted stories (putting aside Archie the inventor’s terrible singing).

His youngest brother, however, spends most of his waking hours glued to the iPad, watching clips online. And his very favourite type of entertainment is something called unboxing videos.

This is a very peculiar genre, which started in the technology world. Fans of, say, a Nokia phone would watch the phone be taken out of its original packaging by an expert reviewer, who would then explain all the features of the handset to the viewers.

How this genre of video crossed over into toys is a slight mystery. But less of a mystery than how my four-year-old has stumbled across this portal into a world of plastic superheroes.

I occasionally glance at the screen to check he’s not being groomed by a paedophile in the Philippines. Frankly it’s hard to say. Because the videos are utterly baffling.

There’s one that shows a pair of hands making an ice lolly out of Play-Doh. It has no voice over, no captions, just one camera angle, it’s poorly lit and often out of focus. It has racked up 809 million views in the last two years. Digest that statistic for a moment. That is more than the population of Europe. For a really poor quality video of an adult (who you don’t even see) demonstrating a toy that requires no demonstration – it’s Play-Doh.

There’s one that shows a pair of hands making an ice lolly out of Play-Doh.

Some are more entertaining. Occasionally they might feature a moderately cute child building The Simpsons Lego house; others even ambitiously attempt to mash up a Lion Guard Kion figure meeting Doc McStuffins. There are hundreds, possibly, thousands of people out there making a living by taking superheroes out of their plastic packaging in front of a camera.

But, almost without fail, the four-year-old is gripped. And thanks to the genius of YouTube’s algorithms he is always being suggested a new video or channel to watch. Boredom is never an option.

Where are the stories, the haunting theme tunes, the subtle jokes and witty asides?

I do worry about how this affects his sense of linear narrative. Where are the stories, the haunting theme tunes, the subtle jokes and witty asides that enlivened children’s shows of a decade ago?

But then, last weekend, I discovered him at the kitchen table with two pots of Play-Doh, talking to an imaginary camera. ‘Hello, welcome to my YouTube channel,’ he said opening the tubs. He faffed around for a bit, giving a running commentary as he did so. Then after rolling out  a pretend hot dog, he signed off with: ‘Please bescribe [sic] to my channel, and don’t forget to like it on Facebook.’

Maybe I shouldn’t worry about how screen time has killed imaginative play.

SOME OF THE MOST WATCHED TOY UNBOXING VIDEOS ON YOUTUBE:


A Paw Patrol Elsa (from Frozen) mash up involving huge numbers of jelly beans. Created by the Engineering Family. Watched 36.6 million times.
You can watch it here.


Demonstration of Play-Doh ice cream lollies being made. Created by Surprise Eggs unboxing toys. Watched 809 million times.
You can watch it here.