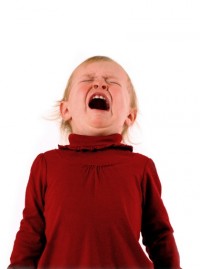 Don't make me angry... You wouldn't like me when I'm angry.
The Incredible Hulk.

Six is sometimes a tricky age. Many children at this age go from being content and well behaved to displaying worrying levels of anger. Over the years I've spoken to many parents who are baffled by their children's issues with anger - they simply don‘t understand where this rage is coming from.

This sort of development is of course worrying. Your initial reaction may be to punish your child, but in many cases this exacerbates the problem rather than resolving it. "Children carry little packages of bad feelings that shut their thinking down if something trigger those feelings," says Patty Wipfler, founder of the Parents Leadership Institute. "...When a child's thinking shuts down, they may do something inappropriate because their ability to think before they act is temporarily gone."

Every case is different and there are any number of reasons why your child might start to display this sort of behaviour.

A great first step is to have a think about what's going on in your child's life right now. Has there been a big change, eg a death or divorce? Remember children are extremely sensitive and even if they've not experienced something like this first hand, seeing the parents of a close friend split up can cause as much distress as if it happened directly to them. Even a seemingly positive event, like having a new baby on the way can cause children much distress, particularly if they have concerns that the new baby will in some way replace them.

Alternatively, rather than one big event, it may be the culmination of several smaller events which have caused this behavioural shift.

However, if this approach doesn't seem to be working and you decide to try to talk directly about your child‘s issues with anger, keep calm and try not to get combative. Demanding to know why your child is behaving badly will mostly likely cause your child to withdraw further. Instead ask positive questions. For example "If you could change one thing to stop you getting so angry, what would you change?"

Listen carefully to how they respond and talk more about what they say. Ask them about how they feel when they get angry: what makes them lose control? Is there a way that they can learn to cope so that they don't get so angry?

If, despite your best efforts your child's issues with anger do not improve over a period of weeks or months, there may be other issues at play which require specialist help. Speak to your GP in the first instance: they will be able to offer further help and guidance.

In order to be able to express their emotions (rather than bottling them up until they explode) children need to be aware of their feelings. At Perform we play a game called Emotional Voices - it's a great way of getting children to really think about different sorts of emotions and how to vocalise them. Why not try it at home?