Wild, Untamed and Live in the West End

This January, our 4-7s start a new jungle theme and, in February half-term, a sensational West End cast will bring the songs and dances to life in the grrrreatest show ever - Jungle Rumble, at The Fortune Theatre, Covent Garden, on 14th - 20th February.

Jungle Rumble tells the story of ancient elephant Eeli, shy zebra Zella and cheeky monkey Boo, as they journey deep into the heart of the jungle on a fearless expedition to rescue Snow, the last white lion, from the evil Lord Braggard.

With thrilling choreography, uplifting songs and an inspirational message about working together to protect the Earth, Jungle Rumble is the perfect half-term day out for the whole family. It’s also an ideal way to introduce your child to the magic of live theatre.

Jungle Rumble has now closed. Click here to read reviews and see photos from the show.

Jungle Rumble was written Will Barnett, co-founder of Perform, and it comes with an outstanding cast and creative team.

The show is directed by Susie McKenna (current Associate Director at Kiln theatre, former Creative Director of Hackney Empire), with Choreography by Frank Thompson (Blues
in the Night, The Bodyguard), Design by Lotte Collett (Hackney Empire pantomimes, Blues in the Night), Lighting Design by Simisola Majekodunmi (J’Ouvert) and Sound Design by Tom Marshall (The Drifter’s Girl, Nativity! The Musical). It is produced by Perform Productions
and General Managed by Anthology Theatre. 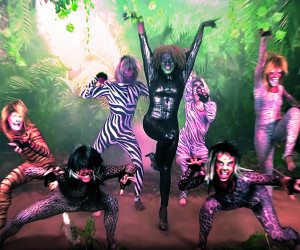 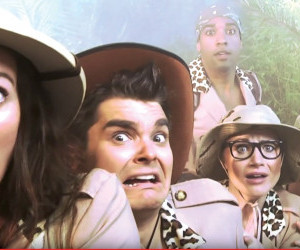 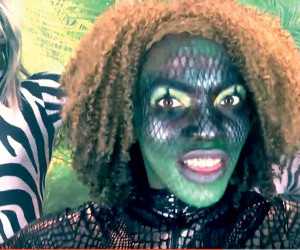