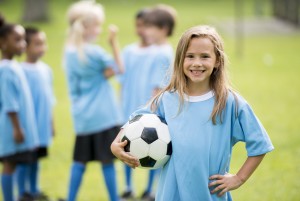 After having three boys, Lucy Cavendish finally got the daughter she longed for. But the reality of raising a girl is not what she expected.

I have three boys – Raymond 20, Leonard 14 and Jerry 13. I love them all totally and absolutely. And yet, ever since I became pregnant, all I ever thought I’d have was a baby girl. I’d always seen myself having a girl. Yet instead of doing ‘girly’ things – reading, writing, playing dressing up – I had three boys and was spending my time running about, cooking up huge meals and trying to persuade my kids that personal hygiene was a good thing.

When they were small, I was surrounded by ‘boy’ stuff: toy trains, tractors, remote-control aeroplanes, fake guns. They wanted to climb trees and beat each other up and all they did with crayons was stick them up their noses. I once found Leonard and Jerry throwing spiders at each other – that’s what boys do.

So I wanted a girl. I wanted the opportunity to indulge my inner femininity. I wanted to buy dresses and dolls and all those beautiful nightdresses I kept seeing in posh clothes shops – I craved them!

I once found Leonard and Jerry throwing spiders at each other – that’s what boys do. 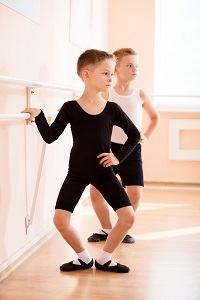 This is what I thought a girl would be like – sweet, lovely, super-bright, well-behaved, easy to be with, calm. I’d been on holiday with a friend who had girls. I remember flying home from Greece and, while my boys scrambled over the seats shouting, whooping and yelling, my friend sat at the back colouring in picture books with her two young daughters.

That’s when I knew I had to really have another child. Didn’t I deserve to have a lovely quiet girl to chill out with?

So, I got pregnant and now my daughter is ten years old and I can tell you something – everything I thought about having a girl and how it would be has been turned on its head. I thought she’d be the easiest of the four and yet she is more of a handful than the boys put together. I thought she’d be my get out-of-jail free card. Actually she is utterly exhausting, but wonderfully so.

My daughter is an amazing person but quiet she is not. She is vibrant, funny, noisy, lively and she communicates all the time and by that I mean, non-stop. It’s like having an endless commentary going on. Nothing is beyond having an opinion about – from what she wants for breakfast to whether or not dogs dream and what they dream about. She is also a very tricky character. Whereas I thought she and I would have a natural ‘in’, being girls together, what’s actually happened is that sometimes I feel I know my sons slightly better.

I thought she’d be the easiest of the four and yet she is more of a handful than the boys put together.

I have a very simple relationship with them. I walk them. I feed them. I take them to sport. I hang out with them. They seem to be quite simple beings. They give me plain answers to plain questions. They don’t seem to be tricky  at all. They tell me they love me and that is that.

The distinction between boy and girl is far more blurred than I originally thought.

Maybe I’d had far too simple an idea in my head of what girls were like. Why should my daughter be a ‘girly’ girl? I love the fact that she wears baseball boots and plays mud pies with her brothers. Her existence has taught me so many things; we tend to make generalisations about what boys are like and what girls are like and yet, time and time again, my children prove this to be mistaken. Are boys more difficult to raise or vice versa? It’s impossible to tell now. They act as individuals, all straddling the thin line between male and female behaviour. Yes, my daughter likes to play with dolls but so does one of my sons (when no-one’s looking). She’s just as likely to hoof a ball around a football pitch as any of my sons.

What I know now is that the distinction between boy and girl is far more blurred than I originally thought. A child is a child with all their differences and similarities and wearing pink or blue matters not a jot.

From Lisa 16th May 2017
As a mum of two young boys, this article was a breath of fresh air! How many times people have asked "but wouldn't you want a daughter"? My boys are loving and terrific and considering the huge bolshy tom boy I was (am!), any girl of mine possibly wouldn't be the girliest of girls :-) And that assumption there is a natural bond with the same gender....well it's good to hear that's not simply instinctively the case. Thanks for sharing :-)
Shine