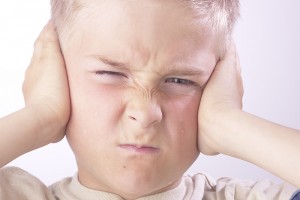 10 year olds typically have an awful lot on their plates. What with impending puberty, ever more complex relationships and a change of school on the horizon it's unsurprising that they may feel overwhelmed and lash out. As such, angry outbursts are pretty common at this age.

They may be set off by the most seemingly trivial things - a request to tidy up after themselves, a minor incident with a sibling; or like my friend's son who had a full blown screaming match with her, because she apparently bought the wrong type of yoghurt!

Remember that more often than not this anger is simply a response mechanism - it may not be what they are actually feeling. Perhaps they're actually scared, hurt, disappointed, under stress etc - but as they struggle to cope these feelings manifest themselves as anger. By helping your child understand their feelings, they'll be better able to cope; which will hopefully mean less door slamming and shouting - which can only be a good thing!

Top Tips to Cope with an Angry 10 Year Old