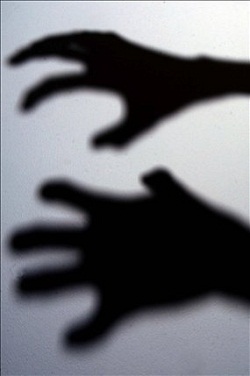 Broadly speaking, nine year olds are pretty good sleepers, however some do have nightmares. They tend to be related to the general anxieties which children feel at this age, but the dreams themselves often follow more general scary themes, such as fire, storms or scary creatures such as snakes. Other common themes include being chased or being trapped.

Children will also often complain of a nightmare wherein they were aware of an imminent danger of some sort, but for some reason they were unable to communicate or convince others to escape with them.

Studies show that around 40% of children experience occasional nightmares, but for some they can happen on a more frequent basis.

In some instances a child's nightmares may be related to a real-life event - moving, death or divorce for example. If there has been some upset in a child's life, it is not uncommon for a child to work through some of their emotions during sleep.

If you believe that such an event may be causing your child to have nightmares then it can help to try to talk to them about it. If you can gain a fuller understanding of what their concerns are, and help to alleviate them, then you may find that the nightmares stop.

On the other hand, some children are very much more affected by scary stories, films, television programmes and so on. If your child's nightmares seem to be related to these things, then it might be wise to limit their exposure to them.

When your child has a nightmare, do go to them and offer comfort and reassurance. Never belittle their feelings - nightmares can seem very real - so make sure you take the time to make them feel safe again. Perhaps cuddle them for a few minutes until they calm down and get back off to sleep. If it helps, let them leave a nightlight on, and their bedroom door open.

Try not to get your child into the habit of sleeping in your bed for the remainder of the night. Although this might instantly comfort and quiet them, as time goes on, you may struggle to get them sleeping in their own bed again.

Whilst of course nightmares are upsetting for both you and your child, they aren't necessarily a cause for concern. Try to take some time during the day to talk to your child about their dreams, and also ask them if they are experiencing any other problems - e.g. at school, with their friends etc.

However, if you feel that your child's nightmares are so frequent that they are interfering with their sleep day-to-day, then it may be worth speaking to your doctor.