Autism and the phenomenon of Minecraft 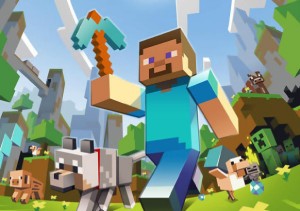 My children, aged five and eight, are obsessed with Minecraft and I know many parents have the same experience. When I get home from work every day, I sometimes wonder if they are more excited to see me or my iPad!

Markus “Notch” Persson, who taught himself to code in his bedroom as a child, created Minecraft with a small team and no budget. He is now a billionaire and Sweden’s most famous export since Abba. When Minecraft was officially launched in November 2011 it had already had a large fanbase - it now has over 100 million registered users.

For those who don't know, Minecraft is a game set in a virtual landscape where you dig holes to "mine" blocks of matter which you can then "craft" into anything from a small mud hut to a giant concrete city landscape.

I've been slightly worried about the effects of over-exposure to this game (especially for my son) so I’ve been reading lots about it. What has surprised me is how many child psychologists and other experts believe playing Minecraft is actually beneficial. The main reasons given are:

While researching this, I was particularly heartened to read this article by Keith Stuart in The Guardian about how Minecraft has quite literally given his autistic son a voice. Do have a look - it’s really worth reading.

Keith’s son, Zac, was diagnosed with autism at the age of six. Zac struggled in crowded environments and was behind on language development. He was terrified of noise and was socially awkward and withdrawn. Essentially, as a parent Keith didn’t know how to make his son happy - until he discovered Minecraft which gave Zac a safe environment in which to express himself.

Through Minecraft, Zac’s language skills improved hugely; he started talking and laughing, as well as interacting during the game with his brother and, after the game, with his parents. Minecraft gave Zac a voice and, like so many other children with autism, a level of happiness he didn't have before.

Studies have also shown drama can help children with autism improve their communication and interpersonal skills. At Perform classes, all children across the autistic spectrum are welcome and generally thrive, with parents regularly feeding back about the excellent progress their children make and the positive changes they see in them as a result.

We do recognise, however, that mainstream Perform classes may not be suitable for all children with special educational needs and so we are launching brand new SEN Classes in September. These follow a similar curriculum to our current classes for 4-7s but the big difference is that parents can attend with their child and interact with them during the class if they wish. The initial pilot venues are in Hyde Park, Islington, Ealing and Balham and, if you’d like to find out more or sign-up for a Free Trial, have a look here or give us a call on 020 7255 9120.

Whether you chose Perform or Minecraft for your children as an activity, I believe many of the benefits of both spring from them  providing a safe structured environment in which children of all abilities can express themselves, learn new skills and have fun.