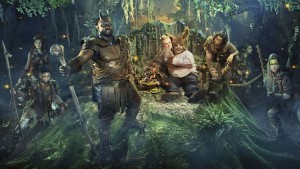 At Perform, we’ve always had ambitious aims. We write our own curriculum, songs, poems and choreography so, over the years, we’ve been able to set the standard very high for what we want the children to get out of our sessions.

Children love to be challenged too and, in my opinion,  if a child complains of being bored at school, it’s usually because they aren’t being challenged enough. Hopefully at Perform, that doesn’t ever happen.

Each term, we have a different theme and, for the 7-12 year olds, we often work on an adaptation of a famous book or play and aim to make it accessible for the age range. To tie in with Shakespeare’s 400th anniversary, this term we have chosen A Midsummer Night’s Dream and created The Dream. Here are some of the ways in which we've adapted Shakespeare's classic to enthuse 7-12s:

•    Our version is set in 2016. Theseus is Captain of the England football team and Hippolyta is a "pop star-model-fashion designer".

•    Hermia and Helena are members of a girl band. Egeus, rather than being Hermia’s father, is her agent and wants her to marry Demetrius (another footballer) to solidify their fame.

•    Puck doesn’t find a magical flower; he creates an app on his iPhone!

•    Instead of going into the woods to run away, they all meet in "The Woods” nightclub.

•    We have also focused on the various styles in which Shakespeare wrote to distinguish different people and have added this to our modern day script too by incorporating some street style language.

Initially, I was a bit worried that children wouldn't fully understand the story of A Midsummer Night’s Dream as obviously Shakespeare's comedy is a bit complicated. There are many layers and some of the main themes - love, ambition, loyalty and jealousy - are quite grown-up. However, by setting it in a recognisable modern-day and making it funny with cartoon-style characters and dialogue, the children seem to really understand the characters and the plot which I'm delighted about. Click this link to see some of the songs the children are learning.

We haven’t started performing the show yet but the feedback from parents so far has been very encouraging.  We’re having lots of comments on how their children want to learn more about Shakespeare. I saw this first-hand myself when my seven and nine year olds watched Russell T Davies’ recent BBC adaption on TV. They kept saying things like, “When’s Titania coming on?” and “I didn’t know Puck was like that”. I don’t think that they would have even wanted to watch it if they hadn’t been introduced to it at Perform. My son has even asked if he can go and watch it on stage!

I suppose it just shows how truly amazing William Shakespeare’s plays are that, despite being written hundreds of years ago, they can still resonate with children today.