How to discuss bad news with children 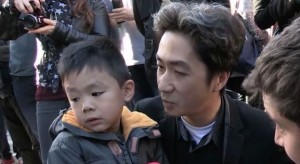 It’s a sad fact of life that much of the news we hear reported on the radio and TV is often bad news involving violence and death.

My two children, aged six and eight, are at the age where they ask questions when they overhear such news being reported and as a parent, I think it’s important to be prepared for dealing with such situations.

As much as you’d like to protect your children from bad news, in my opinion, if they ask, you should tell them. If you avoid doing so, they may find out anyway and it’ll be much more confusing to hear from another source.

In common with many parents, I had to deal with such a situation this week following the atrocities in Paris. I was in the city with my children only matter of weeks ago in half term so, when they heard Paris mentioned on the news last Saturday morning and started to ask questions, I felt I had to tell them, in as a child-friendly way as possible, what had happened.

Not everyone will agree but I think that it’s important to be truthful, relay the information in a sensible way without drama and panic and to give them as much information as required without going into details that are not necessary or may scare them. Let them ask questions if they have them and answer them as best as you can. Ultimately, you know your child and you know how best they will deal with sad news.

In the case of my children, I also told them about the twitter hashtag #PorteOuverte and how Parisians were opening their homes to strangers and helping them and how this shows how amazing people can be. I think it’s important to focus on how the world pulls together in times such as this.

On Monday my daughter came home from school with a whole host of questions she had about it as clearly her Year 1 friends had been discussing it, and I was extremely relieved that I’d already told her.

I think this moving video of a journalist interviewing a father and his young son sums up the situation perfectly.  The Dad calms his son’s fears and shows him that, in spite of the pain that’s been caused, there are some positives that have come from a truly awful situation.

What are your thoughts and experiences? Should young children be told about such acts or should it just be on a need-to-know basis? Do let me know in the comments.