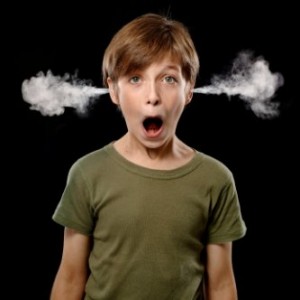 "Pushy parents stress out children” according to Tony Little, the Head Teacher of Eton School in an article published on Monday by Abigail Simmons for bbc.co.uk, which you can read here.

He says that there has been a rise in the number of parents "living their lives through their ambitions for their children" and maybe this is right?

But pushy parents have been around forever. In fact, having just watched Gypsy in the West End last week (go and see it if you love musicals), the entire show is all about a pushy mother living her life through her daughters. Her daughter, June, is so overwhelmed by her Mother's overbearing nature that she leaves her and her sister, Louise, bans her mother from backstage. This show does not have a happy ending like many musicals.

So, is being too aspirational for our children actually detrimental to their development?

While Eton employs a full time psychologist to promote good mental health, it’s tricky being a parent because you do have great hopes and aspirations for your children. I can quite imagine how upsetting it can be as a child if you feel you’re not living up to your parents’ expectations and I totally agree with Sarah Welch, who chairs the Independent Schools Association and says quite simply “Children don’t learn unless they are happy.”

What’s clear though, is that this isn’t just a problem with secondary school children. With children being assessed and interviewed as young as four years old for many schools, the competition and stress starts much younger. I’ve heard so many stories of children feeling like failures aged four because they didn’t get into the ‘so-called’ best schools in that area.

One of the reasons I wanted to set up Perform was to provide a drama/performing arts based environment for children that would be nurturing and totally about fun . So many of the drama schools out there focus on success within the theatrical and film industry and Perform is the opposite of that. No Perform child is ever sent to an audition through us.

Our motto has always been “learning through laughter” and we find that the children actually learn more and much quicker if they are taught in a stress-free environment.

I think (as always) balance is the key - you need to find the middle ground and encourage your child to be the best they can without piling on stresses in the process. Make sure that whilst they work hard they still have lots of free time and fun, and ensure that working doesn’t become their and your only focus.

Had Rose from Gypsy  ensured that her kids had a more balanced life rather than just ‘showbiz-showbiz-showbiz,’ perhaps they would not have rejected her but ended up just as successful.