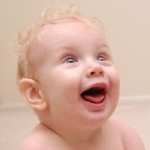 I read this article in the Independent in June and it made me so cross that I couldn't bear to blog about it. However, following all the international coverage about The Duchess of Cambridge breast-feeding - and having calmed down somewhat(!) - I thought I should share it.

Essentially, the report says that breast-feeding your child improves their chances of becoming a successful adult.

Apparently, a study analysed 34,000 people born in the 1950s and 1970s and claims that breast-fed children are 24% more likely to be upwardly mobile and 20% less likely to drop down the social ladder.

In a nutshell, they claim that the findings show that breast-feeding enhances brain development, which boosts intellect, which in turn increases upward social mobility.

Now my problem is this: I don't think this report is demonstrating an observed phenomenon. Instead, I think it was designed to prove an underlying prejudice about breastfeeding. In my opinion, they've set out to find evidence which is almost impossible to measure in a meaningful way given all the other variables. And thereby reaching a conclusion which is designed to prey on people's worst fears and make women who didn't want to or weren't able to breastfeed feel bad. Essentially, it's a study set up to demonstrate the "breastfeeding: good, formula: evil" hypothesis which, in the UK at least, is a mantra forced down the throat of every pregnant woman or mother from day one.

I breast-fed my son for five months and combined-fed my daughter for eight weeks. I gave her formula within five hours of her being born - much to the outrage of the midwives. They even made me fill in a form to sign that I was doing this. It was almost as if I was giving her nicotine!

Do I think that I have scuppered my daughter's chances in life? No, I had a hungry baby and I mothered her by feeding her. I could have waited a few hours for the breast milk to kick in, but I chose to feed her and that's my choice. I have lots of friends who breast-fed one child and not the other because of circumstances. That's their choice too.

By the way, this post isn't intended to be anti-breastfeeding at all. Breast-feeding is fabulous if it works and, if it doesn't, formula is also fine. Both feed and nourish your children well. Breast-feeding your baby doesn't make you a better mum and I wish that the media would stop publishing "studies" and writing stories suggesting it does - or even worse, that not breast-feeding makes you a bad mother. I know that this is a controversial subject and I'd love to hear your views so do read the article and get back to me.

From Lucy Quick 5th November 2013
I totally agree with you in every way Elvira. Isn't it sad that the NCT are so judgmental when they should be encouraging good choices for mothers at the time when mothers need the most advice and help. It makes me SO CROSS. I really appreciate you writing in.
From Elvira 4th November 2013
Brilliantly written. There are pros and cons to both and parents need to chose the one that is right for them as a family - both give the baby the nutrients they need, in fact many studies show that formula gives them man things that breast milk doesn't. As for the belief that breast milk leads to more intelligent people if you dig deeper and research enough studies it seems to be that it is because more educated people breast feed so its genetic and nothing to do with the feeding! I chose to formula feed both my kids and so far we have a Great bond - and they've never really got sick. Happy mum = Happy baby. my nct teacher was disgusted. and i couldn't believe their feeding session was a breast feeding session not a feeding in general session - appalling!
From Lucy Quick 12th September 2013
Thank you for your comments and isn't it an emotive subject? I totally agree, and let's cut ourselves some slack!!!
From Lucy Quick 12th September 2013
Exactly. Which is why the 'breast is best' campaigns just are just wrong. Thanks for your comment.
From Susan 12th September 2013
Hi - I had to have an emergency C section and my milk just did not kick in despite trying a breast pump etc and I had no choice but to use formula. I really wanted to breast feed but just didn't have that option. My milk arrived about 2 weeks later ! My son thrived on formula thank goodness and seems bright,confident and happy :)
From Jo 30th August 2013
As parents we constantly beat ourselves up over decisions we have made. Weighing up arguements for and against and finding the best answer for our family as a whole is rarely easy. People need to be aware that there are clear and undisputed health benefits to both mother and baby from breastfeeding. But of course people have the right to do what they want. I think we have lost our way in a country where bottle feeding is so prevalent in media, tv shows etc. and support to help get breastfeeding established properly (not just for the first few days but more long term) and to help mothers make informed decisions at arguably the most stressful time of our lives is often not sufficient. No one makes decisions about feeding their baby lightly. Choosing not to breastfeed, or to stop breastfeeding, despite it's health benefits, is a very hard decision to make, how you weigh up benefits you will gain by stopping or not even starting is something you will revisit time and time again. Such an emotive subject, and no right answers. But like all decisions we make about our kids we have their best interests at heart throughout. It is not the first or the last decision us parents will agonise over, pregnancy, childbirth and parenthood are full of them and we all need to cut ourselves some slack and stop beating ourselves up!
020 7255 9120