Let's develop the child as a whole 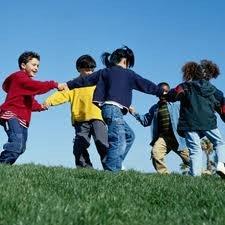 One question that my teachers and I are frequently asked by Perform parents is ?Where should my child be at this stage?? And if I'm completely honest, as a mother myself, it's a question that I find myself asking about my own children too.

I guess, as parents, that's our job. We worry about our children's well-being and happiness so it's only natural to show our love and care by looking out for potential problems and "measuring" them against benchmarks.

Having said that, maybe we should relax a little?

Last week, I was chatting to a Head Teacher who told me about a very stressed mother who was worried that her daughter (5 and a half years old) wasn't reading as well as her classmates. The mother was suggesting that she cut down on her daughter's after-school clubs to do more reading practice with her and focus on getting her to be "as good as her friends".

The Head Teacher (who has years of experience and four children of her own) said very simply ?At this age we should be developing the child as a whole and not just focusing on one aspect? and I wholeheartedly agree with this. We get so stressed with wanting to see achievement at an early age (even down when they can sit and crawl (!)) that we can easily forget that children develop at different ages and that's completely normal.

For example, do we teach children to read too young in the UK? According to Professor Katz, an American Education Professor, the UK model of teaching children in pre-school and Reception can actually be damaging. She claims that children shouldn't even be introduced to the alphabet before they are five and a half years old.

Katz advocates that vocabulary should be learnt in context as opposed to on paper and recommends that play and creativity is the key. She defends this more informal approach by quoting evidence that shows that, although early readers do well in tests initially, at 11 or 12, they are no better (and often worse) than children who had a later start at reading.

I'm sure that statistics can be found for and against early reading and academic pre-school focus and, of course, it is human instinct to want to see your child achieve things early, if only to allay our own fears of slippage later on. But I firmly believe that the main aim for every young child should be to nurture their happiness, confidence, and creativity and as the Head Teacher said ?develop the child as a whole?.

Looking back at my own children, my son walked at 11 months and my daughter at 18 months but they both walk, run, skip and jump now. So did it matter that one walked quite early and one walked quite late? I think not. And, parental anxiety aside, isn't this the same for all child development?

I'd love to hear your thoughts.

I recently blogged on the same topic - dorothydee.blogspot.com - as I become more and more concerned about what current Early Years Education is doing to our children. My son began Yr 1 with fury and saying "I'm useless I'm no good." And there is so much out there determined to make parents as well as their children feel that way if they're not reading War & Peace by end Yr 1 that to find your blog is very cheering.

Thank you!
From Keith Peel 2nd May 2012
Sorry Lucy, just realised you might need my email [email protected]
Thanks
From Keith Peel 2nd May 2012
Hi Lucy, i love your blog and the philosophy you adopt on enriching the whole child. I'm helping a friend who runs drama classes for children in Sydney Australia to get some publicity for her new business and am searching for interesting educational research or even great thinkers on the topic...the benefits of drama in children...I;m not so much interested in the academic improvement...I really dislike the competitive parenting attitudes (they're in Australia too!) but want to promote the broader benefits psychologically of drama classes and acting. I'm a journalist and in my degree course our professors always encouraged us to build our projection and confidence by doing some theatre...and it worked! Are you aware of any interesting studies of confidence building and social skills? And do you have a reference for Prof Katz? I'd like to look up his/her research. Many thanks. We'll follow your blog now. Take care, Keith Peel, Sydney
From Lucy Quick 28th March 2012
Hi Dina, Thank you so much for your feedback and I'm delighted to hear from you. I'd love to talk to you in detail about this. Would you be able to call me for a chat (0845 400 4000) or email me [email protected] or even meet up? Hope to hear from you soon. Best wishes, Lucy
From Dina Venes 26th March 2012
Hi Lucy

Your blog on child development is certainly refreshing and puts perspective on an increasingly competitive parenting world filled with images of the "perfect" child. We should enjoy the individual strengths and characteristics each and every one of our children bring.

As much as I respect your perspective and it is true of many children, however, it would be an error to say it "is the same for all child development." As a mum with two boys - 6.5 years old with high-functioning autism and 4.5 years old typical - we should also be mindful that our worries are also linked with developmental disorders that are on the increase and genuine concerns for the future of our children. Unfortunately, some of our children are not being supported well enough by mainstream education with tight budgets and concerns for ticking boxes. Child development and looking after the whole is fundamental to a child reaching his/her potential so our schooling should perform and innovate better.

I'd love to hear how your think special needs children and their families can fit into this ideal picture of development and anxiety. Both our sons participate in Perform classes and enjoy them but I'd love to see more discussion about this topic of special needs and how Perform can "perform" for them.
020 7255 9120