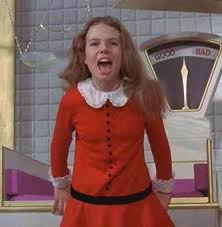 My 3 year old is at that stage where he can be quite inconsolable when he wants something and isn't getting it. Frequently, this is for the most trivial of reasons - such as the fact that his sister has the toy he wants to play with. But whatever the cause, when it happens, he won't stop crying or get out of his mood whatever we say or do.

Yes, I know that this is normal and I have seen it a thousand times with the children that I teach, but it can be extremely stressful for you (and everybody around) when it happens.

At Perform, when children get ?stuck' in a mood and need to be brought out of it, we mostly find that distraction works brilliantly. We cheer up a child who is crying or feeling a bit lost by giving them a special job or a task to complete. All children like to feel helpful and special and, if you ask them to do something as simple as counting stickers or sorting out fruit, you'll virtually always find that they stop feeling miserable and start engaging in ?their job'.

However, when it is your own child and it is happening regularly, I've found that I needed something more powerful and also more versatile that works anywhere.

Which is how I stumbled upon my "Zip" technique. (By the way, this has only ever been tested on my own guinea pig child so please try it out on yours and get back to me).

It takes about 15 seconds to do. But, by the time I've finished, his crying has calmed down and he's starting to realize that ,whatever is wrong, it can be sorted.

Now it's not a miracle - there is still a long way to go to stopping the tantrum - but the rhythmic predictable sound of counting to 10 and the anticipation of "Let's sort it out" really does seem to work (and we've tried this many times now - more's the pity!) He knows that when you get to ?Let's sort it out?, it is time to stop the hysterics and get on with solving the problem.

That's not to say that I give in to his request and take the toy from his sister, but by now he's in a much better frame of mind for me to explain why he can't have it, and distract him with something else. Tantrum over - phew!

If anyone out there has their own techniques which work, do let me know via the comments. Or, if you happen to try mine out, let me know how it goes!

From Lucy Quick 10th May 2011
Totally agree. That's a great idea. Thank you for sharing.
From Mummy Zen 6th May 2011
It's always helpful to learn what other parents do in the challenging situation of a tantrum! Sometimes it can be surprising what works for you too. Currently, I tell my son calmly that he needs to go into his bedroom and not come out until he's calmed down and is ready to play nicely (or whatever the scenario is). He seems to like having the control of going into his room himself, closing the door himself and usually he's out again in less than a minute and is totally calm and over it. I don't insist that he stays there for a certain amount of time. It doesn't seem necessary at this point (he's 2 1/2). xx
020 7255 9120