Should We Call Time on Fairy Tales? 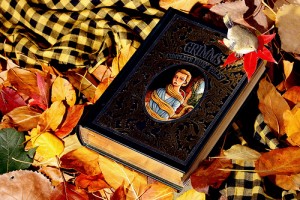 Earlier this month, I was reading a post on Penny's blog - Reinventing the Fairy Story - in which she said:

I struggle with fairy stories that lack girl power. I'm with Fiona in Shrek 4 who said life isn't a fairytale and that she rescued herself from the tower. Miss L did get a Rapunzel doll for Christmas, but I don't want her to think life is about sitting in towers waiting for a prince to come and rescue you.

I similarly struggle with fairy tales. Or at least some fairy tales. Cinderella is particularly problematic - essentially she's a 'persecuted' heroine. Well sort of. Persecuted only in so much as she has to do housework.

I'm sure you know the story, but in short:

Cinderella is forced to act as a maid to her stepmother and two stepsisters. Then, a handsome Prince (and they're always handsome, right?) decides to have a Ball to find himself a wife. Sadly, Cinderella isn't allowed to go. Rather than figuring out a way to go by herself, she instead leans on her Fairy Godmother (what would we do without those?) to sort the dress, carriage, footmen etc. Cinders goes to the Ball, Prince falls in love with her. However, Cinders has to leave before midnight else (heaven forbid) her dress turn to rags and her carriage into a pumpkin - as everyone knows, you must always ensure you look the very best for your man.

So Cinders vanishes leaving just one glass slipper. The Prince searches the length and breadth of the land to find her. He finds her, they marry, the end. Bah!

I'm struggling to see the moral in this little tale. If you're downtrodden, the best thing to do is wait for your Fairy Godmother to gift you a nice dress then hopefully a Prince will rescue you?

Well, what's the harm? After all, we all grow up with fairy tales. They didn't do us any harm did they?

Perhaps controversially, I think that actually they did. I also think that they continue to. The problem is that I'm not sure that we're ever really given the opportunity to out-grow fairy stories. Newer versions keep on taking their place.

Let's use popular teen fiction The Twilight Saga as an example of a modern fairy tale. We're straight back to our persecuted heroine. This time she's called Bella rather than Cinders. Somewhat worryingly, she gets herself mixed up with a bunch of vampires and werewolves - some 'good' some 'bad'. She has to get rescued. A LOT.

She then is torn between two love interests. In fairness, it seems that both really love her.

Vampire Boy goes away for a while because he realises that, in order for her to be with him, she'll have to change into a vampire which is quite some commitment and he's not sure he thinks it's fair. There is much sobbing.

Then there's Werewolf Boy. With him, she doesn't have to change.

However, she decides she loves Vampire Boy more and therefore should become a vampire. The moral? If you really love someone, they'll cause you tons of pain - oh and you'll have to change in order to be with them. Awesome.

But it doesn't even end there.

Even in adult fiction, we see the rescuing theme appearing over and over again. In Bridget Jones (and I might add, countless other rom-com films and books), we learn that someone will love you even if you're not a size zero - which is nice. But we also learn that it doesn't matter if you're stupid, ditsy, clumsy and to all intents and purposes inept, a wonderful man (this time a handsome lawyer rather than a handsome prince) will still rescue from your otherwise sad and pathetic life.

Where are the role models? The strong independent women who save themselves and others rather than needing to be rescued? Sure, you might say it's just a little escapist fiction and where's the harm in it?

But I'd ask 'where's the good'? Increasingly, I'm struggling to see it. These are not the 'lessons' that I want either my son or daughter to learn.

And so my loves, over to you. Should we call time on the fairytales?

Thanks so much for your comment - the play you were in sounds really interesting.

Sorry to hear you're feeling a bit down on the whole relationship thing; it's certainly tough out there. Keep your chin up lady :)

I thoroughly enjoyed being in it - I was one of the deadly sins; told you it was modern! - but many of the women in the cast (including me up to a point) were very sniffy about the story - Ash Girl is, to be fair, a bit wet.

It was a very modern retelling because Ash Girl was always saying how ugly she was, although she clearly wasn't - how could she have attracted the handsome prince otherwise? And the Fairy Godmother was complaining about how many girls call themselves "rubbish".

All that was missing was a reference to eating disorders- but I guess that was hinted at when she went to the ball at the palace and said she'd love to come into supper because she was "so hungry" - although I'm told the look she gave the prince suggested something else...

Anyway, yes, I'm fed up with the whole "some day my prince will come" mallarky myself, and sadly have become quite cynical.

Sadly, while the play was on I found out that someone on whom I have a huge crush (no names, no pack drill but he's a famous actor) is to get married and I haven't really recovered since! It made me even more bitter and cynical - can't stand the woman he's marrying! Yes, I know, I need to grow up, get a life and possibly a man (although I reckon I'm doing all right without, thank you!)

I hope he gets a happy ever after ending, but I fear it won't be, sadly.
From Mama Tea 1st March 2011
True, more of a balance would be good.

I've no issue with either the sweet or fantastical (and certainly no issue with happy stories) but as I said, I think I'd just prefer it more if there were just a sprinkling of stronger role models :)
From Mama Tea 28th February 2011
Lucy - thanks for your blogs - really interesting thoughts, and I'm glad to see another Grown-Up has also read the Twlight Series!

... hasnt the world lost enough innocence? Stereotypes should of course be challenged if used in a judgemental way, however by definition stereotypes are representations of common activity/traits/representations etc. In many cases the stereotype might not be appropriate but many times it is. A stereotype in itself is not wrong, it is just how they are used sometimes.

I think we have gone too far away from simple innocent stories, the kind of stories that are sweet and fantastical, that dont have to justify themselves all the time and dont feel they have to be realistic or edgy. I think this is what leads children to disrespect (in the proper sense of the word) things around them. When you show a child a toy or doll doing something and they just reply, "its not real"... or "magic doesnt exist"... surely there is more enjoyment for all concerned if they were innocent enough to go along with the play thing/pretense and for example, feel the excitement of say, Father Christmas... or should that falsehood also be stopped?

Its all part of the warm and fuzzy feeling of childhood (not Donkey giving Shrek attitude etc etc etc)... perhaps all the happy stories contributed to your happy memories of reading when you were a child, Lucy?!
From Lucy Quick 8th February 2011
Hi Penny - thanks for the inspiration! You're right of course, there are now some newer stories which are bucking the trend - as you say - about time too! x
From Penny 6th February 2011
Thanks for following up my musings, I loved reading your thoughts. I have been thinking about how some of the newer fairy stories like Shrek, and Tinkerbell are challenging the stereotypes. back in the eighties my mum always made me aware of challenging stereotypes, so i am still suprised at how little progres we have made sometimes!
From Lucy Quick 27th January 2011
Hi Mummy Zen - you're welcome for the Twilight summary :)

Thanks for your comment, it's an interesting one isn't it? On the one hand I feel like there's probably little harm - as you say - children should be allowed to enjoy magical worlds - I suppose I just wish there were a few more strong independent women featuring!

Whilst I see what you are saying and agree with the points you make, I don't know if it matters too much with fairytales for young children. After all, if they can't enjoy magical worlds totally removed from reality, who can?! As we get older and wiser, we know better than to take the characters and stories too seriously. Even adult versions like Bridget Jones that you mentioned, I think we actually pity her more than relate to her (even if we are unattached 30 somethings) but it's a fun light read. Maybe the good in it is that it makes us realise how much better and stronger we are as real people?