On Having the Courage of Your Convictions 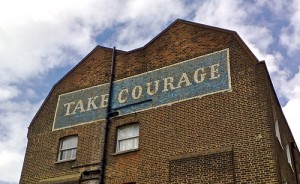 Just a couple of weeks into the New Year, there's some new and original parent-bashing. This time by author and Yale law professor Amy Chua in her book Battle Hymn of the Tiger Mother.

In her article in the Wall Street Journal, she tells Western parents where they're going wrong and how Chinese parents raise such 'stereotypically successful children' (her words - not mine).

To say that her thoughts of how to raise children successfully are at odds with my own would be a gross understatement. The following excerpt from the Guardian sums up her views very well:

Chua argues that western parents, with their emphasis on nurturing their children's self-esteem and allowing free expression, have set their children up to accept mediocrity.

"Western parents are concerned about their children's psyches. Chinese parents aren't. They assume strength, not fragility, and as a result they behave very differently", she says.

If their child doesn't achieve perfect exam results, the Chinese parent assumes it's because he or she didn't work hard enough.

"That's why the solution to substandard performance is always to excoriate, punish and shame the child," Chua says.

(Nor is it just solely in the arena of schoolwork that a healthy disregard for your child's feelings is recommended. Where a western mother would tremble, a Chinese mother, Chua says, would not hesitate to say to her child: "Hey fatty ? lose some weight.")

I disagree in the strongest possible terms to her approach. There are countless reasons why her approach makes me deeply uncomfortable. I also find the notion that Western parents are setting up their children to accept mediocrity both ridiculous and insulting.

I'm also irritated by the title of her WSJ article - "Why Chinese Mothers are Superior" - though I realise of course that provocative article titles are still very much en vogue to create stand-out and debate.

But, much as I disagree with her approach, I can't help but be impressed by her. I have to admit that she has the courage of her convictions, and as a parent, that's something I sometimes struggle with; but I'm working on it.

But I will take a leaf out of Amy Chua's book (figuratively speaking).

In the future I hope to strengthen my confidence in my own style of parenting. I hope not to have my head turned by every new book, article or opinion that's expressed. And I would strongly encourage you to do the same.

Trust your gut, do your best and do what feels right for you and your family. Have the courage of your convictions. That's good parenting.

From Fran 8th August 2011
Hi everyone! I'm Fran and I am a single parent struggling to bring up two teenage boys. I have found that reading this blog has helped me to realise that there is no right or wrong way to bring up my boys. Sometimes it may be hard but I have found that with the support of blogs like this and other websites such as www.onespace.org.uk I can talk to like-minded people and get advice from real people not just books or the internet. x
From Lucy Quick 16th February 2011
Hi Waye,

I really think that balance is key - we can only do our best :)

Lucy
From waye soetan 16th February 2011
i have also been confused for a while as to how to raise my children. i was raised in a very traditional way, ie empasis was on discipline and parents expectation on how a child should excell. but the new school says we should work at the childs pace and stress his achievement not his shortcomings. by so doing, you bring out the childs maximum potentials in what he is good at. i really try to be the new school parent but my traditional up bringing usually gets in the way. so i just try to find a balance between the two methods.
From Lucy Quick 18th January 2011
Hi Mummy Beadzoid,

Thanks for your comment - I'm totally with you, making children feel worthless is completely wrong; and not every child can be an academic genius.

Similarly I don't think we should excuse laziness - balance is definitely the way forward!

Oh and I can completely empathise with what you've said about your partner - similar frustrations chez moi too!

xxx
From Mummy Beadzoid 18th January 2011
Incidentally, I live with a man who was parented in a similar if less extreme vein as the article example. I am pleased to say that his own parenting has not followed that pattern - in fact somewhat frustratingly it can be quite the opposite!!!!! ;) x
From Mummy Beadzoid 18th January 2011
Hmmm. I think the Chinese mum in the article was most fortunate that her daughter didn't crack under the pressure of her extreme methodology. She said that one of the parents at her daughter's recital commented that the piano piece reflected her daughter's 'spunky' personality but not all children are so gregarious in nature - and I think that's true across all cultures. Some will rise to such a challenge, yes, but many will crack under the pressure. It's a mathematical fact that not every child can be top of the class. And as a parent and as a teacher I think that making children who aren't feel worthless is wrong in every respect.

Ok, in 'western culture' we may go too far the other way and excuse laziness in our children (I see PLENTY of that at parents evening) but there has to be a balance. Every child can try their hardest and with the right support and training reach their potential yes, but not every child can be an academic genius. And that is ok. We shouldn't just consign them to the scrap heap because they don't achieve straight A's. Most of us eventually find our niche in life, and some of the most successful people in our society certainly didn't excel at school. No, an interesting case study it may be but I agree with you Lucy that as parents we must go with our own gut feelings and do what we feel is right for our children.
From Lucy Quick 17th January 2011
Hi Mummy Zen - thank you for your lovely comment :)

You raise an interesting point about whether or not this methodology is indeed typical; and indeed the motivation behind it.

?They (Chinese parents) assume strength, not fragility, and as a result they behave very differently?

Now whilst I wouldn't go so far as to say I assume fragility, I am careful to be constructive in any criticism as my primary goal is to encourage a child to succeed, not to make them feel like they've failed.

It was a very interesting article despite how extreme it seems to many of us. I think part of her attitude comes from being an immigrant parent and may not in fact be typical of the majority of 'Chinese' mums in their native countries. Maybe her strong parenting methods are an attempt to integrate her children into the US and not wanting them to stand out as being different but if anything, for being exceptional.

It's good to read about what other people do but at the end of the day, trusting your own parental instincts is definitely the best way to do things :-)
020 7255 9120