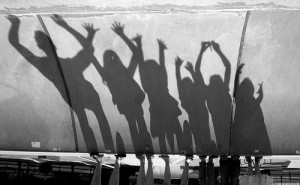 Being the Principal of Perform I've learnt a good deal about crowd control over the years - keeping a gaggle of 4 to 8 year olds focused and entertained is no mean feat.

I met with some of my teachers this week and was keen to get them to share some of their experiences of what's worked for them (in terms of keeping the children engaged) when they've been running Perform parties and classes.

Of course every teacher has their own teaching style, but there were a few tips which all of the teachers agreed with, and I thought I'd share them with you. Hopefully you'll find them useful if you're planning a children's party of your own, or indeed just day-to-day, if you're struggling to get your little one(s) to focus and pay attention!

A whisper is sometimes more powerful than raising your voice...

If you're struggling to get children to pay attention to you (somewhat counter-intuitively) a whisper is often far more powerful than raising your voice. We discussed why this might be, and one of the teachers suggested that it's because they key to gaining childrens attention is to be the most interesting thing in the room. Sadly, if you're raising your voice you might just sound like you're nagging, and that's not particularly interesting.

A whisper on the other hand is intriguing... secrets are whispered. Plus of course, you have to stop what you're doing and pay attention if you really want to hear.

Bear in mind that children have short attention spans. You'll need to make it fun and interesting if you want them to stay focused. You'll also need to be flexible in terms of what you're asking them to do.

Lesson and party plans at Perform tend to be relatively fluid. Teachers will have a plan and will stick to the key elements - however, they will also add in more games or leave them out if they're not engaging the children. That means a typical class or party tends to be a bit of a roller-coaster ride - it's fast paced, it twists and turns - the teachers switch between games quickly to avoid potential boredom.

Likewise, in everyday life, try not to labour on one particular activity or task for too long - remember you can always come back to it later on.

This is a little tricky to explain - ignoring a child sounds like a terrible thing to do, right? Well, I wouldn't generally condone ignoring a child, but sometimes it can be very effective. For example, most of the classes and parties which we run involve a number of structured games. If a child is acting out - e.g. wanting to do their own thing rather than join in with everyone else - often this is just a cry for attention.

Sadly of course, if you give them too much attention, not only is unfair on the other children who want to play the games; you're actually rewarding bad behaviour and positively reinforcing the idea that acting out gets you the attention that you crave.

As such, many teachers practise something which we've coined as 'careful ignoring'. So rather than give the child too much attention, you keep an eye on what they are doing, but continue the game with the rest of the children. We've found that often the child who was acting out, will decide that actually the game looks more fun and want to join in.

So, what about you? Do you have any tips and tricks of your own? I'd love to hear them :)

Thank you so much for stopping by and commenting.

Totally agree with your 'be my helper' strategy too, it's a great tip, thanks for sharing it.
From Anna Gibbs 13th February 2010
I am a primary school teacher and wholeheartedly agree with these three techniques for crowd control.

I also make good use of the "be my helper" strategy for children who are distracting the group and it's never let me down yet!

It's getting the balance between keeping children focused and disciplined and giving them the freedom to express themselves that is one of the most difficult things for new teachers (and some parents!) to master.