Are You Rewarding Good Behaviour? Or Bribing? 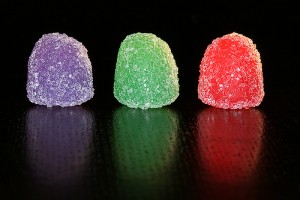 Parenting is a funny old game.

But have you crossed the line? Are you rewarding good behaviour? Or bribing your child to behave?

Is there a difference?

Day to day, I speak to lots of parents, and recently it's something which I've been asked about rather a lot.

As a starter for ten I decided to consult the Oxford English dictionary for a definition of both reward and bribe:

'reward' is defined as:

'bribe' is defined as:

Now, to me the difference comes down to intent. A reward is given after the event. A bribe on the other hand is offered prior to (or indeed perhaps during) the event, as a push.

Now, I'm in favour of reward and recognition, but anti-bribery. Why?

Well, I think it's useful to think about what you're actually trying to achieve. Do you want your child to know the difference between good and bad behaviour and actively choose the good, regardless of inducement? Or, do you want your child only to be good as long as you're offering something?

This for me is the fundamental difference between a reward and a bribe.

I believe in offering rewards, or perhaps for the avoidance of doubt - recognising good behaviour, rather than trying to influence behaviour via a bribe or inducement of some sort. Why? Well I think it can become habit forming. I'm sure you'd hate to be in the situation where you were held to ransom by your child - e.g. I'll only behave in this way as long as you give me something. If you're not offering anything, then I'll disregard your wishes.

So how do you reward, rather than bribe?

I try to give the reward (or recognition) after the event, rather than dangle it as a carrot. I also try to ensure any rewards are about giving my time, love and attention, rather than offering something that you can purchase. So the reward might be a trip to the park, baking some cookies, an extra story etc. - rather than a new toy.

I also try to use rewards sparingly - this makes them more special, and again makes it harder for me to become reliant on them.

Is it ever ok to offer a bribe?

Strictly speaking, probably not. However, we're only human, and from time to time I think *all* parents offer up the odd bribe. I'd just advise against being overly reliant on them. It can be a slippery slope!

I'd love to hear your thoughts on this, do you think that there's a difference between a reward and a bribe? Do let me know via the comments :)