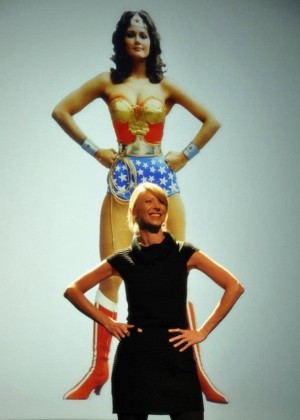 I am a huge advocate of Positive Body Language - for example: shoulders back, head held high, standing tall and good eye contact - to make me feel more confident in certain situations. I genuinely believe that, if your body language says ‘confident’, then you will actually become more self-assured.

This theory forms a key basis of our teaching at Perform. In our workshops, there is a big focus on body language and how having positive body language helps us to be confident.

I was explaining one of our Positive Body Language games to a Dad outside a class recently and he said, “You must love Amy Cuddy’s work then.” I have to confess that I hadn’t heard of her or her work but I went home and looked her up and was fascinated by her TED talk about Power Poses which you can see here.

If you haven’t ever watched this talk, then I really recommend you do so. I would suggest watching it in its entirety if you can as I can’t fully do it justice in my short explanation but, if you don't have time, here are the basics:

Amy Cuddy (pictured above), is a Social Psychologist and Associate Professor at Harvard University. She's an advocate of the theory that, not only does our non-verbal communication influence the way others perceive us, it also affects the way we think about ourselves.

Amy explores the idea of whether our bodies affect our minds and looks at the effect of ‘power poses’  before an important event - for example posing as Wonder Woman for two minutes before an interview.

She conducted an experiment in which ten people took part in a stressful job interview; five did power poses beforehand but the other five didn’t. Then, an independent group watched the recorded interviews.  The group unanimously voted  to give the jobs to the five candidates who had been power posing beforehand. Interestingly, it wasn’t the content of the interview that had influenced them, it was purely their presence. The "power pose people" had seemed more confident, assertive and present.

Amy uses the expression “fake it till you make it” but is quick to point out that this isn’t just about being a fake and pretending. It’s more about making tiny body language tweaks in your life that help to configure your brain and change you. So it’s actually more “fake it till you become it”.

The effect the body can have on ones mental state is something that I’ve always been aware of personally and have developed through drama. That’s why I’m so passionate about our Perform children learning these techniques in a super fun way at class. We have a game called ‘Positive Body Language’ which takes the children on a body language story, putting them in different scenarios and asking them how their body feels and how that then makes them feel. That’s just one example but I think that all kinds of body language exercises are crucial.

I’m sure anyone that’s done any interviewing will agree with me that it’s the social interaction and the interviewee's confidence that gets them the job, not their A-Level grades. So, in addition to the academic basics,  shouldn't be focusing on this sort of activity when we are coaching students for interviews?

But why wait until then? For many parents who have young children with separation anxiety, Power Poses and Positive Body Language  could be the answer. After all, we all want to be superheroes!