The Tiger Mother in all of us? 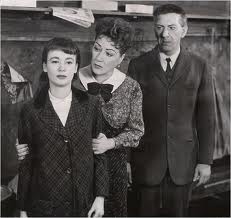 It seems impossible to pick up a newspaper or lifestyle magazine without coming across a reference to Battle Hymn of the Tiger Mother written by Amy Chua - Law Professor at Yale University and author of two heavyweight books on economics and politics.

From the moment her daughters, Sophia and Louise, were born, the author was single-minded about raising them what she describes as ?the Chinese way' - with constant drilling, criticism and pressure to excel. At 18 months, Sophia knew the alphabet. At three, she had started playing the piano. According to her own account, if her children didn't do exactly what she wanted them to do or didn't do it well enough, Mrs Chua would call them ?garbage' and leave them outside in the cold weather with no coat.

I hardly need say that this is not my or Perform's way of motivating and educating children! However, despite my discomfort at her methods, it does appear that Mrs Chua got the results she wanted - her daughters are now musical and sporting prodigies. Sophia has also defended her mother's approach arguing that her upbringing has simply taught her to live her whole life at 110%.

In truth, I suspect that Mrs Chua is an extreme case. In all my years of teaching children (with more than the odd pushy mother) I have never come across the type of hard-core parenting described in Battle Hymn of the Tiger Mother. But I do wonder if many of us will recognise a little of the Tiger Mother in ourselves. After all, what parent doesn't worry about the influence that their choices have upon their children or agonise as to whether they are being exposed to too many activities or too few?

After all, there are many examples of those who have excelled in their chosen field at the expense of a childhood - Jodie Foster, Michael Jackson, Jennifer Capriati and others. By the same token, there are many who plainly enjoyed what might be perceived as ?pushy' parenting. According to his autobiography, Barack Obama's mother would wake him up at 4:30 in the morning to tutor him. If he complained, his mother would reply ?well this is no picnic for me either, buddy!' In the sporting field, David Beckham, Andy Murray and Lewis Hamilton each enjoyed the support of a ?pushy' parent from an early age. Each retains a strong bond with their parents and speak fondly of their own childhood.

Ultimately, when I get asked about extra-curricular activities, I tend to advise parents to avoid an extreme approach. In my view, provided we constantly examine our own motives to ensure that we are not living our own lives through our children and stop to consider whether our children are genuinely enjoying themselves and are happy, we won't go too far wrong. Equally, there's nothing wrong with exposing our children to as many different experiences and opportunities as possible. Many will need encouragement, particularly if there are inclined to fear the unknown or unusual.

Where do you think the balance lies? What is the difference between pushing and supporting? Is the Tiger Mother nightmare or necessity? Do let me know your views and stories via the comments.

I have two boys aged 12 and 7. They started to get violin lessons last year. My younger boy was very interested in playing violin at first. But When he realized that it is not easy He started complaining about it. And He didn`t want to go to violin lessons. I didin`t give up. I pushed him by encouraging him and even sometimes telling him off e.g. You wanted it now You don`t want it. No You have to take violin lessons it is good for you. And now He can play it easily even He will go for the exams. And He enjoys playing violin. And I am so happy that I pushed him instead of giving up. My 12 year old was a bit interested but not really enjoys playing violin and I also pushed him and He still takes violin lessons and ready for the exam. He mostly enjoys guitar and piano but He can play the violin which is harder then other instruments. My 7 year old boy didn`t like to play guitar and seemed not interested and not learning. But after about 6 months He could play all the songs he learnt by heart and enjoyed it. Being pushy by encouraging the children in a good way is good. Beacuse If I leave the education and all these skill learnings I am sure They wouldn`t do anything. And I am sure even If They still say that They will never be a musician when They grow up, These will benefit them in sometime of their life. If I leave education to them I would end by supporting them with their computer games or the other games. I will try drama classes for my younger boy now as He is very imaginative and acts like a real actrist.
020 7255 9120