Is Your Child a Perfectionist? 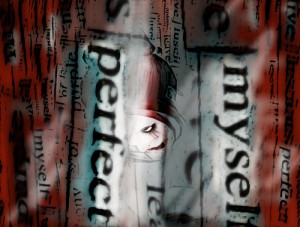 However, it also made me pretty unhappy. There's a big difference between being a perfectionist and being a high achiever. A high achiever will enjoy learning. Typically they'll set realistic goals, enjoy the challenge of getting there and then perhaps continue on a little further - just because they can.

Plus, because 'good' isn't good enough; perfectionists will often suffer from a sort of paralysis when it comes to starting tasks. Their fear of failure can become so strong that it literally prevents a perfectionist from even trying.

So, is your child a perfectionist? Do the following traits sound familiar?

In truth, there are probably elements of the perfectionist in a lot of people and, therefore, a lot of children. This doesn't mean that they are perfectionists 100% of the time. However, if you are concerned that your child might be suffering from any of the traits above, then there are ways you can help.

Typically perfectionists are so results focused that, if they fail to live up to their own painfully high standards, they will view the entire endeavour as a failure. Take the time to highlight how hard they've worked and what they've learned during the process.

Encourage them to set realistic goals

Being determined, motivated, even tenacious is great - as long as the goal is achievable. Talk to them about what they hope to achieve and if you feel that they are setting the bar impossibly high then encourage them to set more realistic goals.

Help them deal with what they perceive as failure

Remember that perfectionists set very high standards and, as such, will see what many would think of as a success as a failure instead. Don't dismiss these feelings, but instead highlight how well they've done.

Show them it's ok to 'fail'

No one can be brilliant at everything - and even if you're not brilliant you can still have lots of fun doing it. A fear of not being good enough can often make a perfectionist wary of even trying. Try to build a safe environment where it's ok not to 'win' at everything. Try to emphasise that as long as they try their best then that's brilliant.

Perhaps most importantly, remind them often that, no matter what, you're very proud of them and you love them.