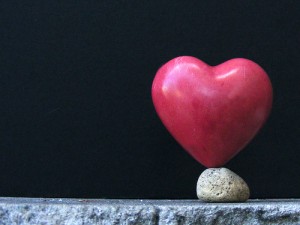 As a parent and as a Principal, I think it's often tricky to strike the balance between giving your child the requisite 'push' and allowing them space to develop in their own time.

For example, one of my Perform parents is facing something of a dilemma right now.

She signed her daughter up for a gymnastics class - partly because she thought it would be fun for her and partly because, as parents, we all want our children to be active and healthy. Her child too was keen to go - a bit of a no-brainer all round then.

Her daughter has been going for a few years now and she's good. Maybe even *really* good... or, according to what she's been told, at least she could be.

The gymnastics club she goes to think she has real potential and are keen for her to do more. More training, more classes, more competitions. For now (at least) her daughter seems keen.

Her parents? Well, understandably they are very proud. Like any parent, they want their daughter to succeed. But they also have reservations. If they decide to go ahead with the increased commitment it will mean a few changes. Right now, gymnastics is a hobby - their daughter is always keen to go to her classes and competitions and to date there's been little or no conflict on that front.

However, in the future, the chances are that there will be.

My understanding is that if you really want to succeed in this particular field then, sadly, the chances are that you'll be missing out on some other stuff. Important stuff. Particularly important to a child.

I think this is probably a pretty common issue - and is in no way limited to gymnastics! Virtually any high level pursuit, whether sporting, artistic or academic, will give rise to these sorts of issues.

As parents, we all push our children sometimes - we have to. But the line becomes blurry in cases like this. What's really going to benefit the child?

Conversely, it's tricky because if you elect not to push, then the child may end up regretting not making more of their talents.

Push your child to succeed and regret the potential loss of childhood? Or support your child's desire for normality and (potentially) squander their talent?

I'm not sure that there's necessarily a right or a wrong answer here. Ultimately, it comes down to who knows what's best for a child - the parents? Or the child themselves?

The best answer I can come up with is somewhere in between the two; in an ideal world you'd be able to come to an agreement together. But that's a very hard balance to strike isn't it?

From Lucy Quick 12th April 2010
Hi Mummy Zen - I think that you're right - of course it's not something which they have to commit to forever, and as you suggest forewarned is forearmed.

I guess for me at least the tricky decision isn't perhaps the initial one, but the one that may come later should the child feel like they're missing out on certain things - I think that then as a parent it can be difficult to know whether to support their decision to stop, or push them to continue.

Thanks so much for stopping by and commenting :)
From Mummy Zen 12th April 2010
Hmm, that's a tough one. I guess you have to explain to the child that it probably means them missing out on other activities and make sure they know what they'll be getting themselves into. I think it's good to let them pursue things they really seem to genuinely enjoy. You're right that they will miss out on some aspects of childhood but if they find that too difficult, it's always a decision that can be reversed - child and parents don't have to commit for life.
020 7255 9120