Should Siblings Attend the Same School? 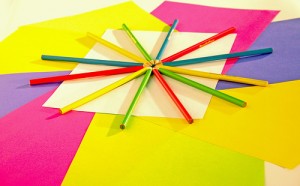 Yesterday I met a fellow Mummy for coffee and cake; her two children are a little older than mine - her eldest is 11 and her youngest is 9.

To date, (that is to say, until her eldest started secondary school) they have always attended the same school.

It seemed like a good plan - not least because of the practicalities of picking up and dropping off, and of course the emotional benefits of having a sibling at the same school; however she's now beginning to think about whether or not it's necessarily the best idea.

Now, I realise that depending upon whereabouts you live, there's not always a choice when it comes to schools; but as she's living in London and there are a couple of good schools in easy reach, there's no issue there.

I asked her what had brought about this thinking - not that I necessarily think it's a bad idea - it's just that I had always assumed that she would send them both to the same school. She said she'd always assumed much the same thing, but she wondered whether it really ought to be such a given.

She said she wondered if her youngest was in some ways getting overlooked when it came to choosing schools - as to date they've never really looked for a school with her specific needs in mind. Instead, when looking at schools, they've all been chosen with the eldest child in mind; and then her youngest has just joined him there a couple of years later - almost without a second thought to whether or not it was really the best environment for her.

I'm embarrassed to say that I'd never really thought about it like that. But when you come to think about, it does seem a little unfair doesn't it?

Whenever I'm asked about how parents should go about choosing a school for their child I'll always say - well think about the particular needs of your child, and consider which school is most likely to meet those needs. As such, it really does make sense to (consider at least) sending siblings to different schools - provided of course that there are viable options.

Some might argue that there are even benefits to sending siblings to different schools. Of course I'd like to think that this doesn't go on so much nowadays, but I remember talking to a parent a few years ago who was having terrible trouble with a particular school. The eldest was extremely academic whereas the younger child found certain subjects a struggle.

Her youngest felt that comparisons were being constantly drawn between the two of them. On her first day one teacher apparently greeted her with an ill-judged:

"I expect you're excellent at Maths, just like your brother."

Unhappily, Maths was a subject which she struggled with - so it really wasn't the greatest start. Now of course if the two siblings had attended different schools - this never would have come up... (Although you'd hope that this sort of thing didn't come up anyway... EVER!)

So dear readers - over to you. Would you consider sending your children to different schools? Perhaps, if you've already done so, has it worked for you? I'd love to hear your thoughts.

I have finally found this topic online :)

Reason is that my 2.5yo boy just started daycare centre for 3 months.

However, only for half a day and the baby sitter will fetch him home for the rest of the day.

He isn't dependant yet as simply stubbornly refusing to learn to drink water on his own from cups. He doesn't know how to use a straw (in fact weak muscle in the mouth and has speech delay) and due to the stubborn persistent character of him, he is settling down now.

Teachers also start to like him as I could tell that he wasn't well-liked by some teachers as he would yell and scream upon entering school.

Now I have to start planning for the younger brother who is 9mo. Plan to let him go daycare upon reaching 18mo.

I do like a daycare (a fair bit of travelling needed) as the teaching style is modern and young energetic teachers as compared to the current daycare the elder brother is attending.

Not that the brother's daycare, just in the proximity, is lousy, the in-charge is someone who adores kids and the most patient / loving woman and thus is a re-assured icon there. Teachers are actually acceptable and experience people).

So am now hesitating which daycare to start off for the younger one.

Both boys are of different characters and can already tell that the younger brother is picking up skills fast.

There is no right or wrong decision and bingo, my friend's views match yours as mentioned.

Enjoyed reading your points :)
From Lucy Quick 11th August 2011
Thank you for reading and replying. Excellent to hear your thoughts. Thank you. Lucy
From Lucy Quick 4th August 2011
Thanks very much for reading! Glad you enjoyed.
From Kate 26th July 2011
Hi, my two boys 6 and 8 are currently at the same school. The school was chosen for my eldest who has Asspergers. He first attended a larger school Wichita because of his special needs did not work well so he was then moved to a small school consisting of 22 children . my youngest has started prep at the same school but after watching them both this year we have decided to send my youngest to another school. His needs are very different and we don't feel they are being met at the smaller school. I have thought long and hard about this and can only think of advantages of doing this .
From Lucy Quick 28th February 2011
Hi Lucy,

Thanks for your comment - I'm really glad you've found the discussion interesting :)

Hope everything works out well for your boys! x
From Lucy Early 22nd February 2011
Hello,I have found this discussion really interesting!I have 2 sons and a baby daughter.My son is 5 and is one of the youngest in the Yr1 class in our village school.My other son is nearly 4,due to start reception in Sept.My eldest has struggled academically,has an IEP and is about 9 months behind.We are very worried,the school has been very helpful but it is overcrowded and my son finds it hard to concentrate.However,he is happy there.My younger son is very bright and I expect will do well at school,we are considering sending him to a nearby catholic school which is much smaller but has a very good reputaion and I think it will be very good for our younger boy.The two brothers get on okay but I don't think would miss each other that much if they went to seperate schools, in fact I suspect it may improve their relationship!
From Lucy Quick 29th December 2010
Hi Aarti,

I'm really glad that the post helped, and I'm sure your daughter will do well :)

Lucy x
From aarti sood 13th December 2010
my son goes to grammer school, but today i receive the result for my daughter but she failed in the test so she cant go to the same school as my son, i was very upset when my hubby called me at work and told me about this, i felt dizzy after that very disappointed, but reading these comment i am calming down, it is not the end of word if they cant go to same school, i was afraid that how my girl is going to cope alone in high school, now i think why i was forcing her to become dependent on my son, when she go alone she will become more independent, it is not like that normal school kids doesn't become doctore or accountants etc. thanks for opening my eye, when my girl come back from school i am not going to be angrey with her.
From Lucy Quick 7th April 2010
Hi Mama Pees,

Many thanks for taking the time to comment and share you and your sister's experiences. Hope all goes well for both of your children :)
From Mama Pees 6th April 2010
We are sending out eldest daughter to a academic school but we have given a lot of thought as to whether it is the right environment for our youngest one (time will tell). My sister found it hard following in my footsteps "oh - you're so and so's sister - I expect you will be as good as she is" and it backfired, with her not studying and not achieving as much as she could have done even though (I learned this much later) she had a higher IQ than me.
From Lucy Quick 9th March 2010
Hi Heather, thanks for taking the time to comment, I'm a big fan of your blog :)
From Heather @notesfromlapland 9th March 2010
this is interesting - something I'd never even thought about as where i lived there was really only one school in the area and same again now that I have kids of my own. I think it makes sense if you have more options to chose for each child and not just pick one.
From Lucy Quick 8th March 2010
Hi Mummy Zen - thanks for your comment.

It wasn't something I'd really considered before, but it's food for thought, eh? :)
From Mummy Zen 8th March 2010
Interesting, I would never have thought about sending siblings to a different school. Although I'm far from that stage right now, it's actually a good thing to consider. Like you say, it's important to choose a school that suits the needs of your child. So I guess, if your children have different needs and different strengths, it might be helpful for them to attend different schools.
020 7255 9120